Situated on a rocky ridge, Burg Rheinstein rises approximately 270 feet above the Rhine River in the Loreley Valley. Originally built around 900 A.D. to serve as a customs post for the German Empire, it was referred to as either the Vogtsburg or Feitsburg. 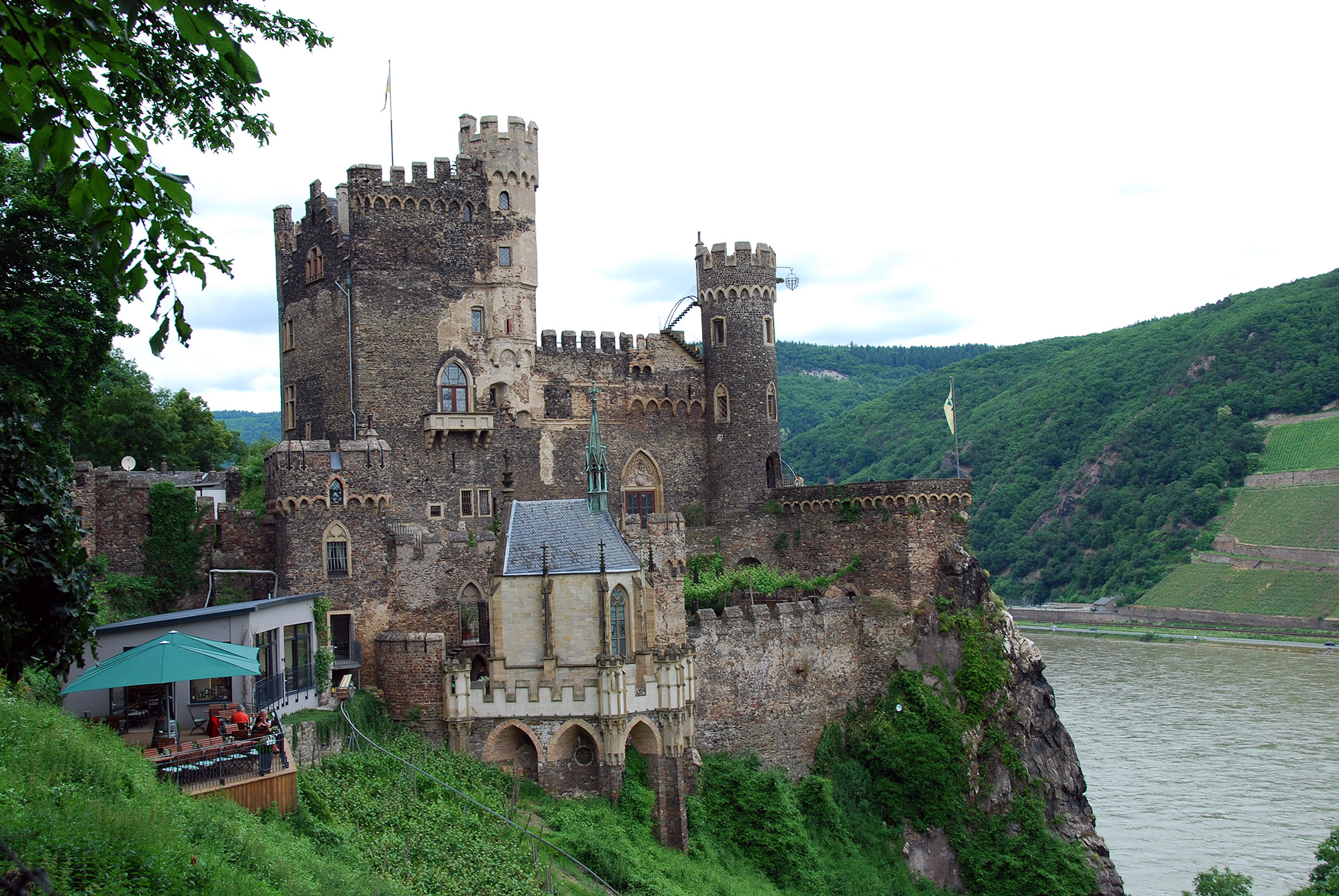 The castle was home to the Holy Roman Emperor Rudolph von Habsburg from 1282 through 1286. Within this castle, he passed judgment on the unruly robber knights of Burg Reichenstein, Burg Sooneck and Burg Ehrenfels. In addition, Rudolph von Habsburg founded the Noble Knighthood and renamed the castle to Konigstein. From the 14th to 17th century, the castle was leased to the Archbishops of Mainz. However, it began to fall into disrepair after 1572 when it became unprofitable for Anton von Wiltberg, Chamberlain in Mainz, to maintain its upkeep.

In 1823, the castle ruin and its foundation stone were purchased by Friedrich Wilhelm Ludwig, Royal Prince of Prussia and nephew of King Friedrich Wilhelm III. Thereafter, the castle was rebuilt under the direction of the famous castle architect, Claudius von Lassaulx. The castle was renamed Burg Rheinstein due to its imposing rocky location above the Rhine River. Since 1975, Burg Rheinstein has been privately owned by the Hecher family who repaired and restored the castle over a period of 19 years to regain its glory from days long ago.

Burg Rheinstein possesses a working drawbridge and portcullis, which greatly illustrate medieval construction and defense. Upon entering the castle and walking past the gift shop down to an opening on the left, the courtyard, which offers a spectacular view of the Rhine River may be visited. Burg Rheinstein's courtyard is known as the "Burgunder-Garden," named after the Burgundy grape vine growing there. The vine, which is approximately 500 years old, still produces grapes.

Heading upwards to the Burgunder-Garden, another set of steps lead to the main portion of the castle. The largest and most impressive room of Burg Rheinstein is located at the top of the stairway to the left once inside the castle. Known as the "Rittersaal" or "Knight's Hall,” it includes beautiful stained glass windows, as well as three-dimensional paintings. Burg Rheinstein houses a cafe and gift shop offering miniature handmade wooden treasure chests, as well as traditional items including postcards and guidebooks for purchase.

Burg Rheinstein has a legend.

Along the Middle Rhine via the B9 between Trechtingshausen and Bingen.