Knaresborough Castle resides on an outcrop overlooking the town of Knaresborough and Nidd Valley in North Yorkshire England. The first reference to the castle occurred in 1129 when it was recorded that 11 pounds was spent on the castle by its custodian Eustice Fitz-John. The castle later played a historical role in 1170 when its owner Hugh de Morville fled to it after taking part in the infamous murder of Archbishop Thomas Becket in Canterbury Cathedral. 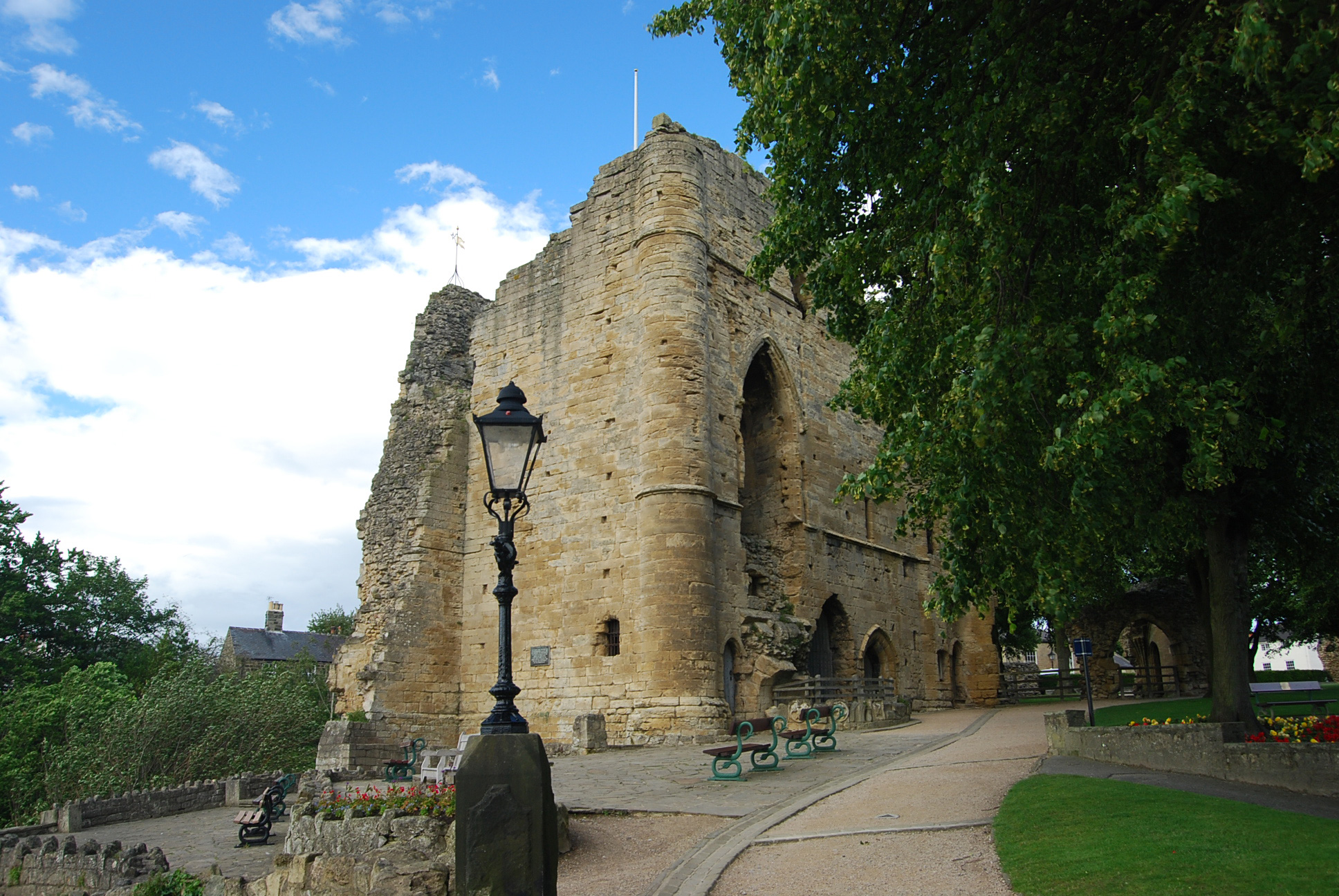 Knaresborough Castle was owned by royalty through the 15th century. King John who used the castle as one of his main administrative strongholds in Northern England, spent lots of money on improvements and upkeep. In addition to the castle, he adored hunting in the surrounding Forest of Knaresborough. However, the majority of maintenance and enhancements occurred under Edward II and Edward III between 1307 and1350. Most of these improvements are still intact today. One such effort included construction of the King's Tower around 1310. After Queen Phillipa, wife of Edward III, received the Honour and Castle of Knaresborough as part of the marriage settlement, she transformed the castle into a true royal residence while spending many summers here.

In 1644, Knaresborough Castle was besieged for six months by royalists during the English Civil War before they ultimately surrendered after part of the curtain wall was destroyed by cannon fire. Much of the castle was slighted in 1648 to keep it from being defendable again, however, the King's Tower and courthouse were left intact after townsfolk convinced Parliamentarians to permit use of the tower as a prison.

Knaresborough Castle is a special place to me as I lived in Knaresborough for three years and could see it from my house. I spent many an afternoon walking around the castle gardens. Though just a ruin now, there are still plenty of attractions, which make it a worthwhile visit. The tower also has a dungeon and cellar area. Tours, which may be arranged during most weekdays include a visit inside the courthouse containing furniture from the 15th century. There are secret parts of the castle including tunnels leading through solid rock and come out below the castle through a sallyport. This allowed an easy escape route should the castle ever come under attack. However, the highlight of any visit is the approximately 700 year old King's Tower.

While most of the original curtain wall is gone, a smaller stone containing wall was constructed for safety purposes. Some small towers remain particularly where the gatehouse once stood. A relatively new attraction regarding Knaresborough ravens began a few years ago at the castle. It allows visitors to interact with and view ravens up close.

Open to the Public
11am to 5pm; Easter - September
Closed:
October - Easter