Burg Nollig is located on the Middle Rhine near the town of Lorch. It was originally constructed around 1300 as a half-timbered fortified tower. Later in the 14th century the tower was clad with heavy masonry. The wooden framework is still visible from the inside. 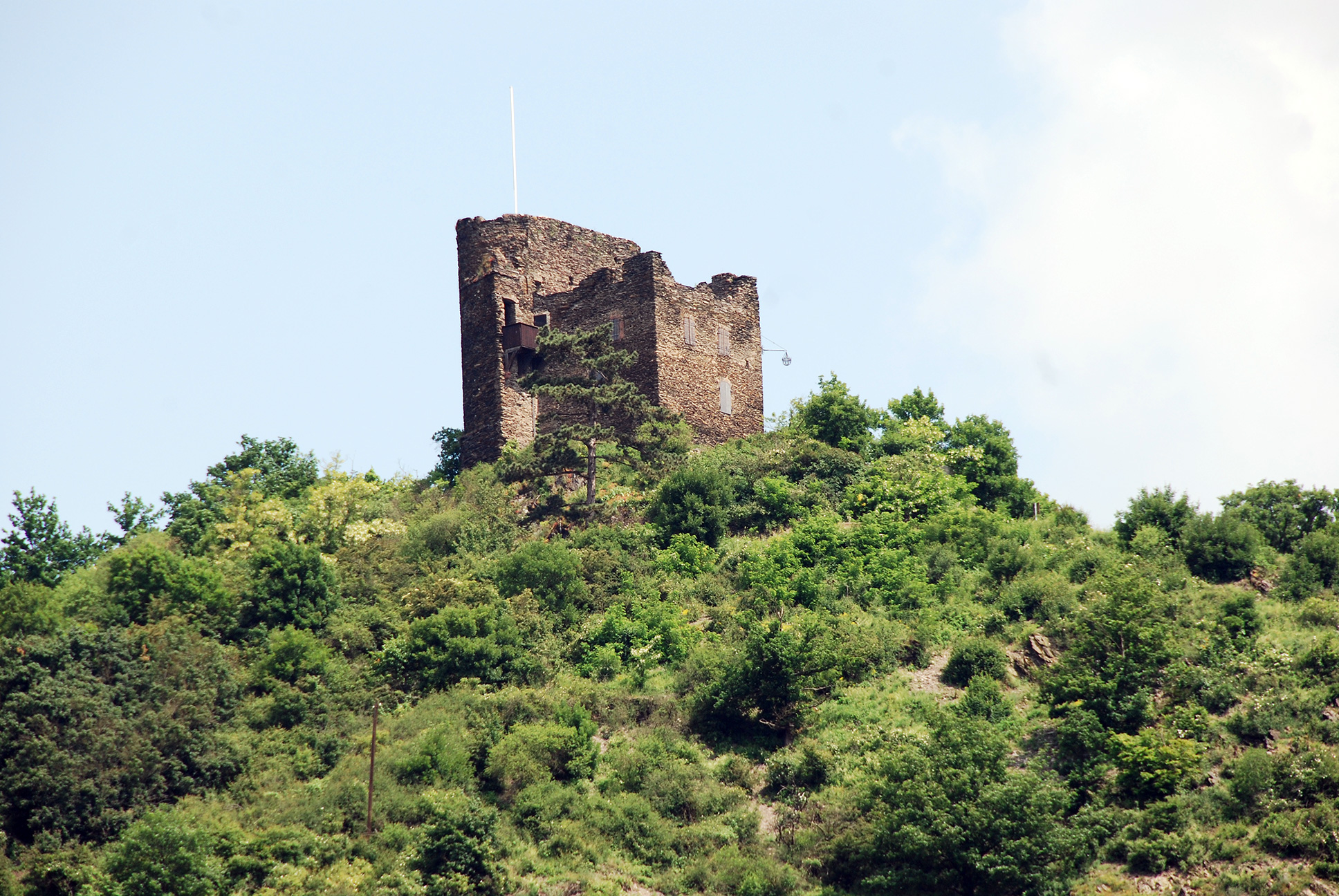 The floor plan suggest that foundations of the castle are in fact the existing foundation walls of an earlier Roman fort. The castle was built as a counter castle, to balance power in the region gained on the opposite bank of the Rhine by Burg Fürstenberg. It functioned as a watch tower.

In 1936, the castle was bought by Fritz Wild, a gemstone cutter from Idar-Oberstein, who began a stylish renovation in 1939. The massive residential tower had reinforcements added in the form of a shield wall (no arrow slits or small windows), with large towers at the corners. The castle has no curtain wall of its own as this function was performed by the town walls.

Burg Nollig sits majestically above the Rhine Valley and is actually not a castle but the northwest bastion tower of the Lorch town walls. It is privately owned and not open to the public. The best views can be seen by talking a river cruise on the River Rhine or from the opposite bank of the Rhine.