In September of 1066, William the Conqueror landed at Pevensey and ordered construction of a prefabricated wooden castle. Thereafter, he moved to Hastings and erected another wooden castle. William secured the Sussex coastline before departing to ultimately acquire the English crown from Harold II at the Battle of Hastings on October 14, 1066. 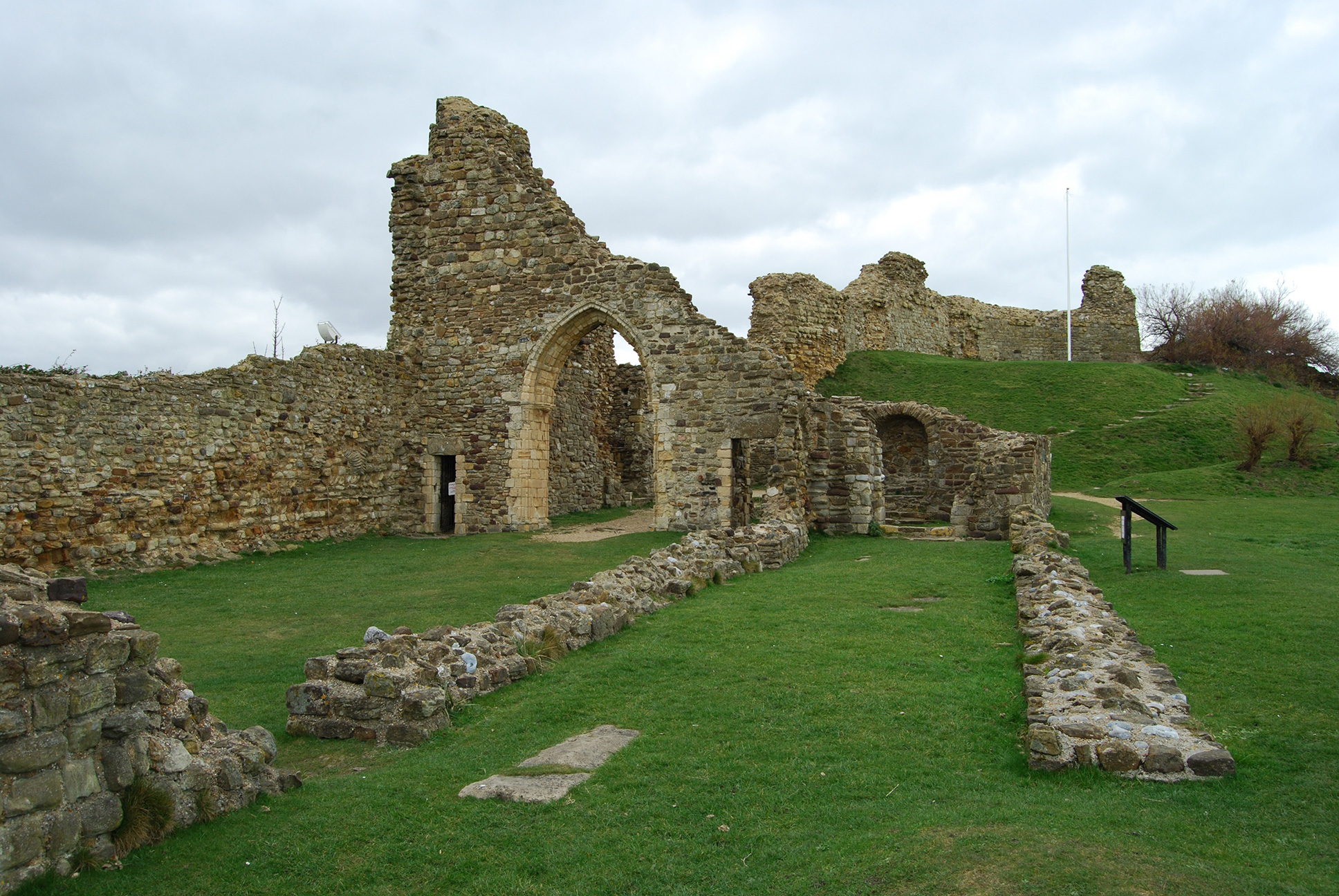 Hastings Castle was originally a wooden tower built atop a man made mound or motte, which was surrounded by an outer courtyard or bailey. The bailey was enclosed by a wooden palisade. The Norman motte and bailey castle would become a common fixture across England following the conquest. William, who planned ahead, took several wooden castles, prefabricated in Normandy, with him to England. After victory at the Battle of Hastings, William ordered Hastings Castle rebuilt with stone. He passed the castle to one of his commanders, Humphrey de Tilleul. Upon Humphrey's return to Normandy, the castle was granted to Robert, Count of Eu. The count required 60 knights to serve the crown in exchange for the castle, town and surrounding lands.

During the 1170s, the keep was rebuilt in the southeastern corner of the castle since the motte was unable to support it. Additional building improvements occurred during the reign of Henry II. Normandy was lost to the French during King John’s reign. Fearing an invasion, King John ordered dismantling of all Sussex castles in order to ensure they would not fall into enemy hands. Hastings Castle was refortified in the 1220s with additional building renovations occurring in 1249. A quarter of a century later in 1274, King Edward I issued naval ordinances from the castle. Just a few years later in 1287, the cliff beneath the castle's south wall collapsed causing the wall and keep to fall into the North Sea.

In 1337 and 1339, the French attacked Hastings Castle, which eventually fell into disrepair and became ruinous. After it was purchased by a private family, Hastings Castle was used primarily for farming over the next few centuries. In 1824, the castle was completely excavated with large portions of it undergoing reconstruction. Afterward, the castle became a tourist attraction. In the 1870s, the castle's dungeons were rediscovered near the north gate.

Hastings Castle resides high atop a cliff overlooking the old town of Hastings and North Sea. You can reach it by driving through back streets or parking in the public car park near the seaside and taking the West Hill Cliff Railway from town to the top of the cliff.

The castle’s south wall and keep were lost to the sea while the remaining walls are ruins. However, castle remnants still afford insight regarding its original architecture. Entry to the castle is attained through the north gate with dungeons located to the left thereafter. The walls of the Chapel of the Holy Cross, located along the interior of the north wall, are the largest ones remaining. A high archway and spiral staircase, which is locked by a gate to prevent visitor entry also exist.

Remains of the east gate and east wall, which served as the foundation for the two towers can still be seen. The motte is located in the northeast corner of the castle. However, it does not possess extensive stonework due to relocation of the keep during the 12th century. Lastly, an informative audio-visual program entitled "The 1066 Story" may be enjoyed while inside the castle courtyard.

In Hastings take the A2101 to Castle Hill Road. Or take the West Hill Cliff Railway from Hastings town center.