Dunguaire Castle resides alongside an inlet of Galway Bay just north of the village of Kinvara in western Ireland. The castle served as one of the strongholds built by Guaire’s descendants, Lords of Aidhne, O’Heyne or Hynes, chieftains in 1520. It was one of minimally nine fortifications built in the region. 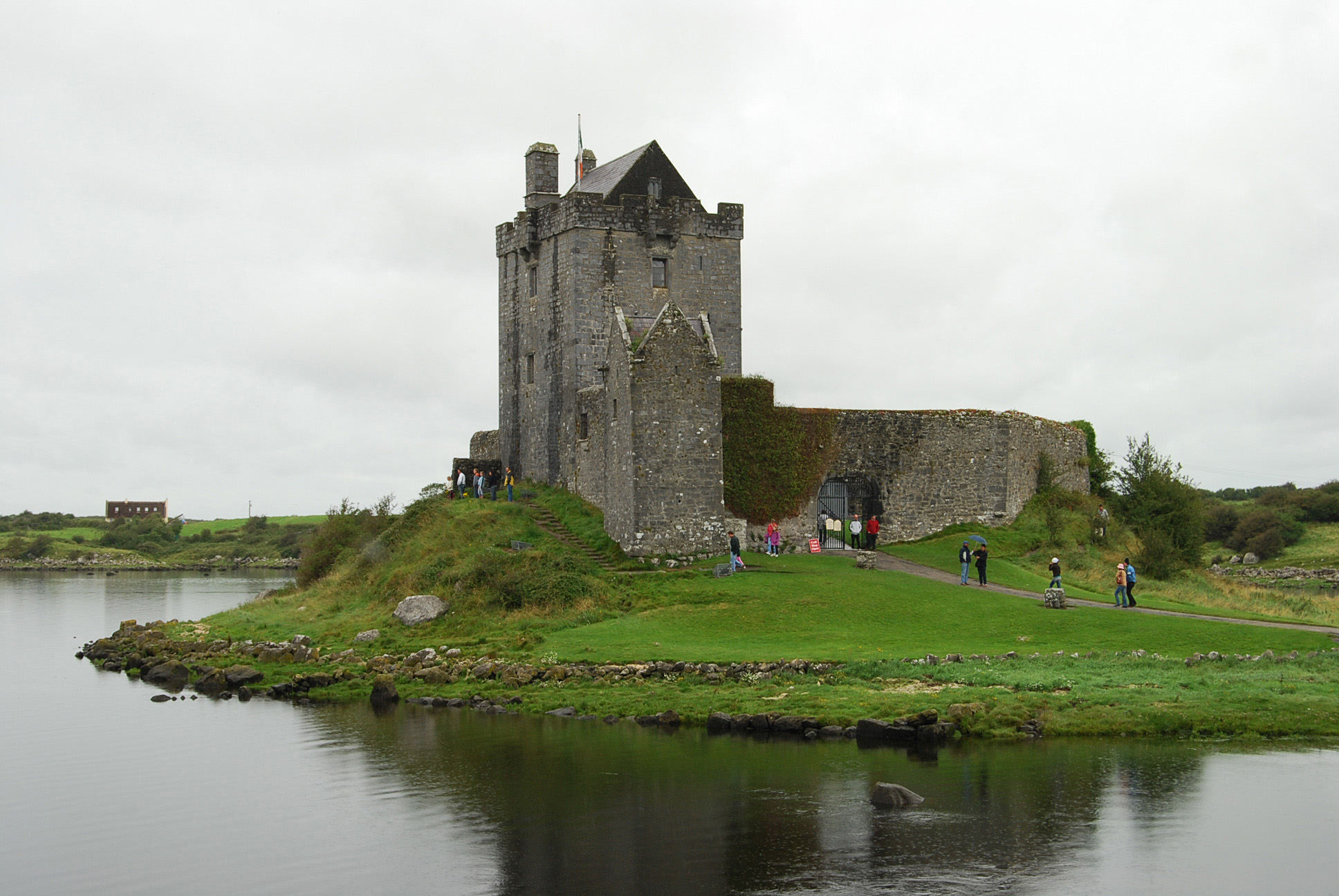 In 1588, Hugh O’Heyne took residence of the castle. As resistance to English rule became too expensive, Hugh surrendered his land to Queen Elizabeth on a grant/regrant basis, which was quite common at the time. In the 17th century, Dunguaire Castle passed to Martyn’s of Galway who owned it until it was purchased in 1924 by Oliver St. John Gotary, a famous literary figure, who subsequently performed repairs on the castle. At this time, there was a great Celtic resurgence in Irish literature, thus Dunguaire Castle became a popular venue for meetings of literary revivalists such as Synge, Yates, Shaw and O’Casey.

Dunguaire Castle is relatively small and built in the traditional Irish Tower House style whose most predominant external feature is its 75 foot tall keep. There is also an outer curtain wall or bawn surrounding a courtyard. The bawn was primarily used to contain livestock rather than provide defensive measures. The structure also includes a towerlet or guard room located at the southwestern corner of the courtyard. At one time, only a single tower stood until it was joined to the main keep via enclosed extension added during the 20th century. Undoubtedly, the Banquet Hall with its thick stone walls and heavy oak tables represents the most exquisite portion inside Dunguaire Castle.

The castle is open to daytime visitors during summer months with evening medieval banquet style dinners hosted to commemorate the limitless hospitality of Guaire the Generous, 7th century King of Connaught, who feasted with numerous guests in the nearby ruins of Rath Durias. This includes food, wine, music and storytelling within candlelit Banquet Hall similar to medieval “King Guaire."

The castle can be visited in an hour or two. For visitors who choose to return for an evening banquet dinner, the nearby fishing village of Kinvara is nice to visit. Additionally, Bunratty Castle is close enough to visit the same day.