Bowes Castle was originally a timber structure built around 1136 by Alan of Penthièvre, Count of Brittany and 1st Earl of Richmond. It is located within the former site of the Roman Fort of Lavatrae, in County Durham, England. Selection of the northwest corner of Roman Fort of Lavatrae for the castle was chosen due to its strategic location along the Stainmore Pass in northern England. The castle passed to Alan’s son, Earl Conan the Little in 1146. Upon Conan's death a quarter of a century later in 1171, the castle passed to the English Crown. 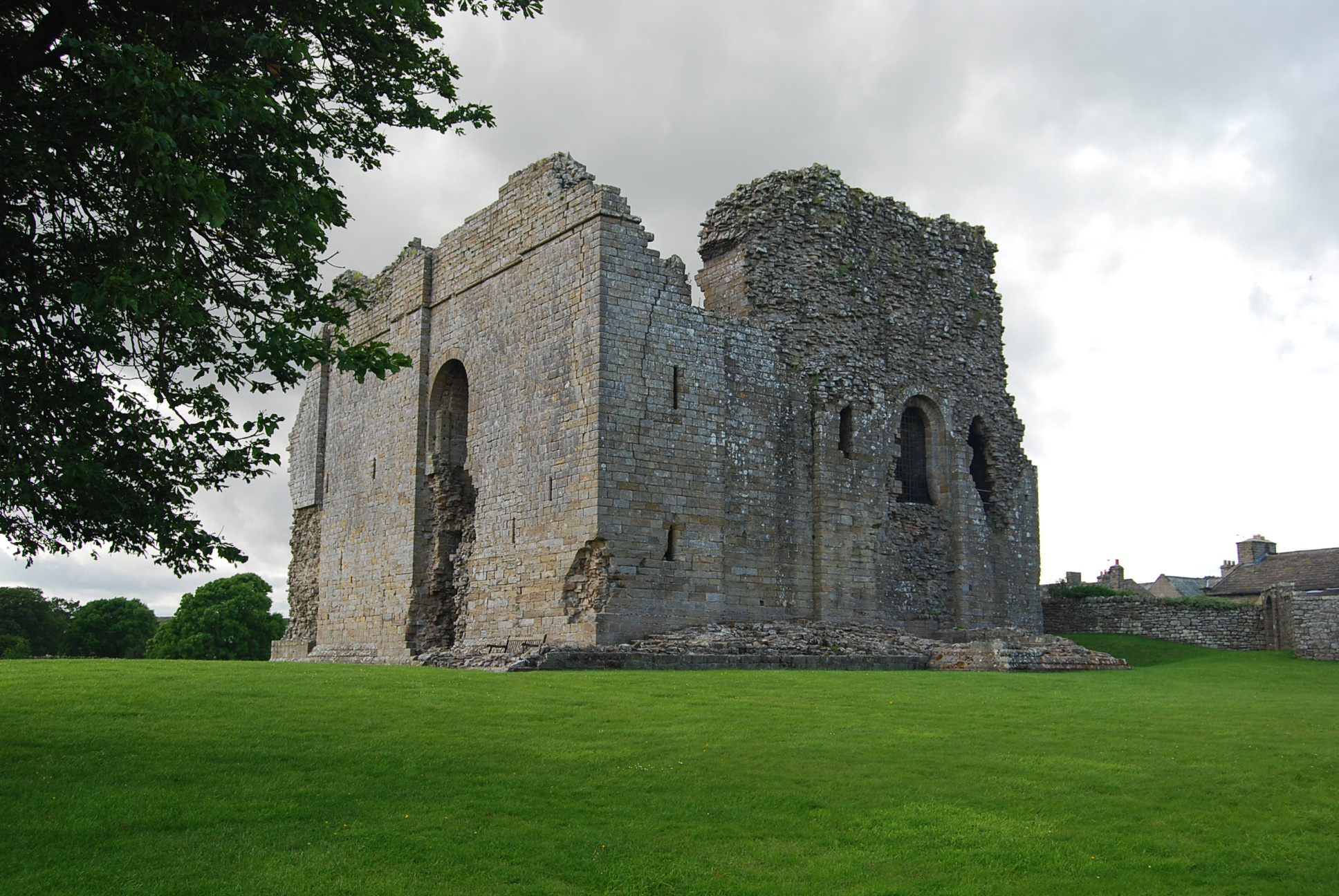 King Henry II fortified the castle including construction of a stone keep between the years of 1170 to 1187. During this time, the castle was attacked by the Scots in 1173 during the Great Revolt of 1173-1174. In 1174, money was spent on repairs along with construction of bulwarks surrounding the keep. The extra measures of defense were added for protection against anticipated future invasions by King William the Lion of Scotland.

After the death of King Henry II followed by his son, Richard the Lionheart, in 1189 and 1199 respectively, ownership of Bowes Castle reverted to Henry's other son, King John in 1199. Only four years later in 1203, he granted custody of the castle to Robert de Vieuxpont who held it until 1228. John stayed at Bowes Castle in 1206 en route to Carlisle and again in 1213. The castle was briefly used to hold Eleanor of Brittany, King John’s niece, who was placed in the custody of Vieuxpont. In 1241, Bowes Castle was bestowed upon Peter II, Count of Savoy, when he became Earl of Richmond. The castle remained in the hands of the Earl’s of Richmond until 1322 when it was passed from King Edward II to John de Scargill. Thereafter, rebels attacked the castle, set fire to part of the hall and looted items including armor, as well as springalds, devices for projecting large bolts or stones. Conflicts with Scotland led to further raids of the castle that eventually left the structure in ruins by 1340.

Following John de Scargill’s death in 1361, Bowes Castle was reclaimed by the Crown and eventually granted to the Neville Family in 1444. They retained possession of the castle until 1471 when it once again reverted to the English Crown. King James I sold the castle in the early 17th century. During the middle 17th century, much of Bowes Castle was destroyed as a result of the English Civil War. Today, Bowes Castle is owned by English Heritage, which cares for more than 400 historic monuments and buildings.

Bowes Castle is free to enter during daylight hours with parking available in the village of Bowes. Despite the ruinous state of the structure as only the keep remains, it is definitely worth a visit. Originally three stories tall, it still represents a foreboding sight. A modern staircase inside the castle enables visitors to go up one level.

The former Roman fort, which castle was built atop can still be visually traced along most of its perimeter as outlined by earthworks and ditches. Bowes Castle can be explored thoroughly in about an hour. To schedule a complete day of castle touring, I recommend visiting Barnard Castle located just a few miles away.

Open to the Public
Open everyday
Access any reasonable time