In 1437, King James I of Scotland was murdered, thereby making his 6-year-old son, James II, King of Scotland. Being so young, his mother relocated him to Edinburgh Castle for his personal safety. Until James II was old enough to rule, the kingdom was governed by regency councils comprised of noblemen always posturing for power. 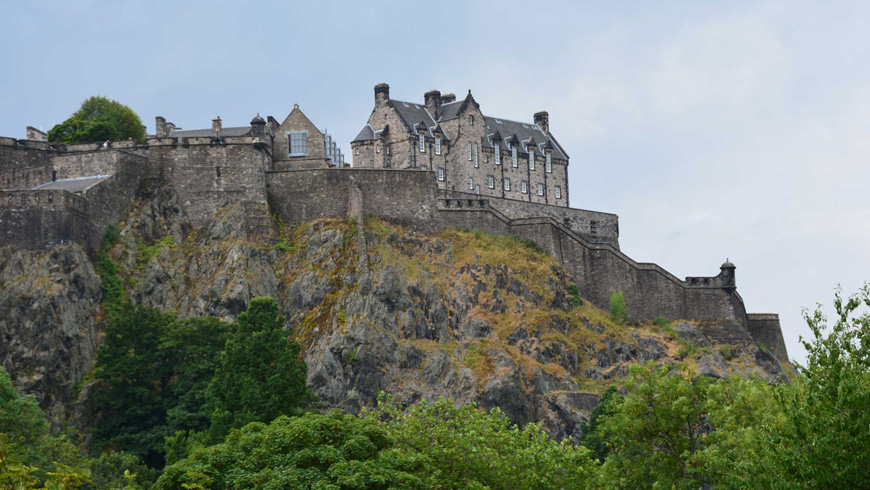 Despite their young ages, Sir William Crichton and his ally Sir Alexander Livingston, who managed Edinburgh Castle and Stirling Castle respectively, viewed the youngster as a threat to the crown and their influence over it.

As a result, they invited rivals from the Clan Douglas, namely 16-year-old William serving as 6th Earl of Douglas and his younger brother David to Edinburgh Castle for a feast with the now 10-year-old King James II. 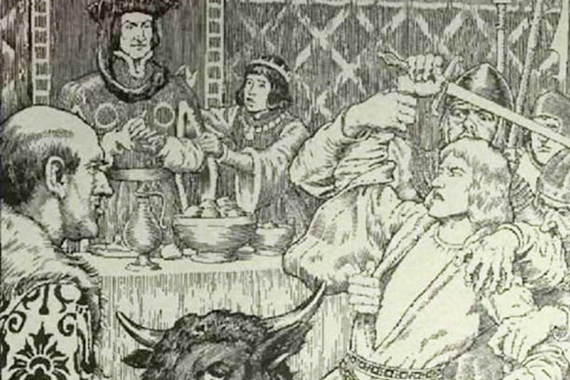 On the 24th of November 1440, a dinner was held with all enjoying the festivities. During middle of the meal, a servant brought a mysterious dish and placed it on the table. It was the severed head of a black bull, which served as a signal regarding imminent demise of the Douglas boys. Despite pleas from the king to stop, the Douglas boys were taken outside to the castle yard, subjected to a mock trial, found guilty of treason and beheaded. The events of this night would forever become known as the Black Dinner.

Edinburgh Castle, toune and towre,
God grant thou sink for sin!
And that e’en for the black dinner
Earl Douglas gat therein.