Baconsthorpe Castle was built in the 15th century by successive generations of the prominent Norfolk family, the Heydons. William Heydon acquired the site from the Bacon family in the early 15th century. His son John grew in social and political prominence during the Wars of the Roses and probably began building at Baconsthorpe, starting with the great inner gatehouse. 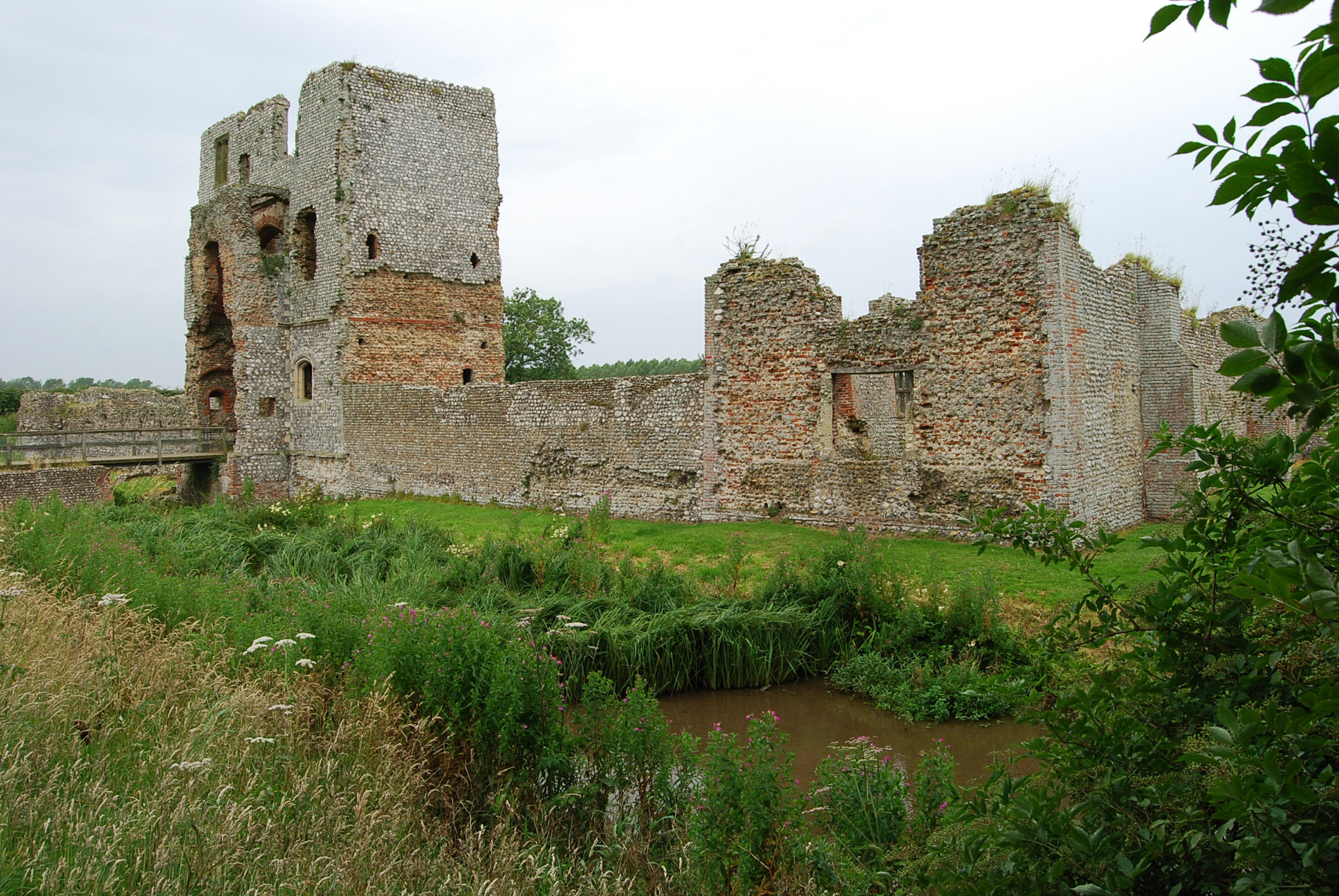 John’s son, Sir Henry, completed the moat and the fortified house in the southwest corner later in the 15th century. Around 1560, Sir Christopher Heydon added the outer gatehouse and outer court. Despite being a successful businessman, Sir Christopher died in debt, causing his son William to have to sell off part of Baconsthorpe.

At the turn of the 17th century the ornamental mere (lake or pool of water) was created on the east arm of the moat. The formal gardens that were recorded as being to the east were also probably created at this time. The family fortunes were in decline by the mid-17th century, which led to the demolition of most of the castle except the outer gatehouse which survived and was converted into a house known as Baconsthorpe Hall, which remained in habited until 1920 when one of the turrets collapsed.

Baconsthorpe Castle is a peaceful ruin nestled in remote farmlands off the beaten track. The water filled moat remains as well as enough curtain wall to easily identify the layout of the castle.

Baconsthorpe Castle is open to the public and free to visit. It is a nice place for a picnic, else it should not take more than an hour or two to explore. To make a full day, Castle Acre is only 30 miles from Baconsthorpe.

Open to the Public
Any reasonable time.

3⁄4 mile north of village of Baconsthorpe