In Norfolk England hidden away and nestled among farms and fields lay the ruins of Baconsthorpe Castle. The castle, which was built in the 15th century by the Heydon family, was constructed despite the lack of a required license to crenellate. Its most prominent feature is the massive gatehouse, which must be accessed via drawbridge to cross over a moat. The moat was excavated around three sides of the castle since the remaining east side was already protected by a lake. An outer gatehouse was added just to the south of the castle.

Baconsthorpe Castle, which was left in ruins after the English Civil War, currently resides as a peaceful place for a picnic. Its serene atmosphere is temporarily interrupted by the occasional family of bicycle riders stopping for a visit. But the castle ruins are still home to one. 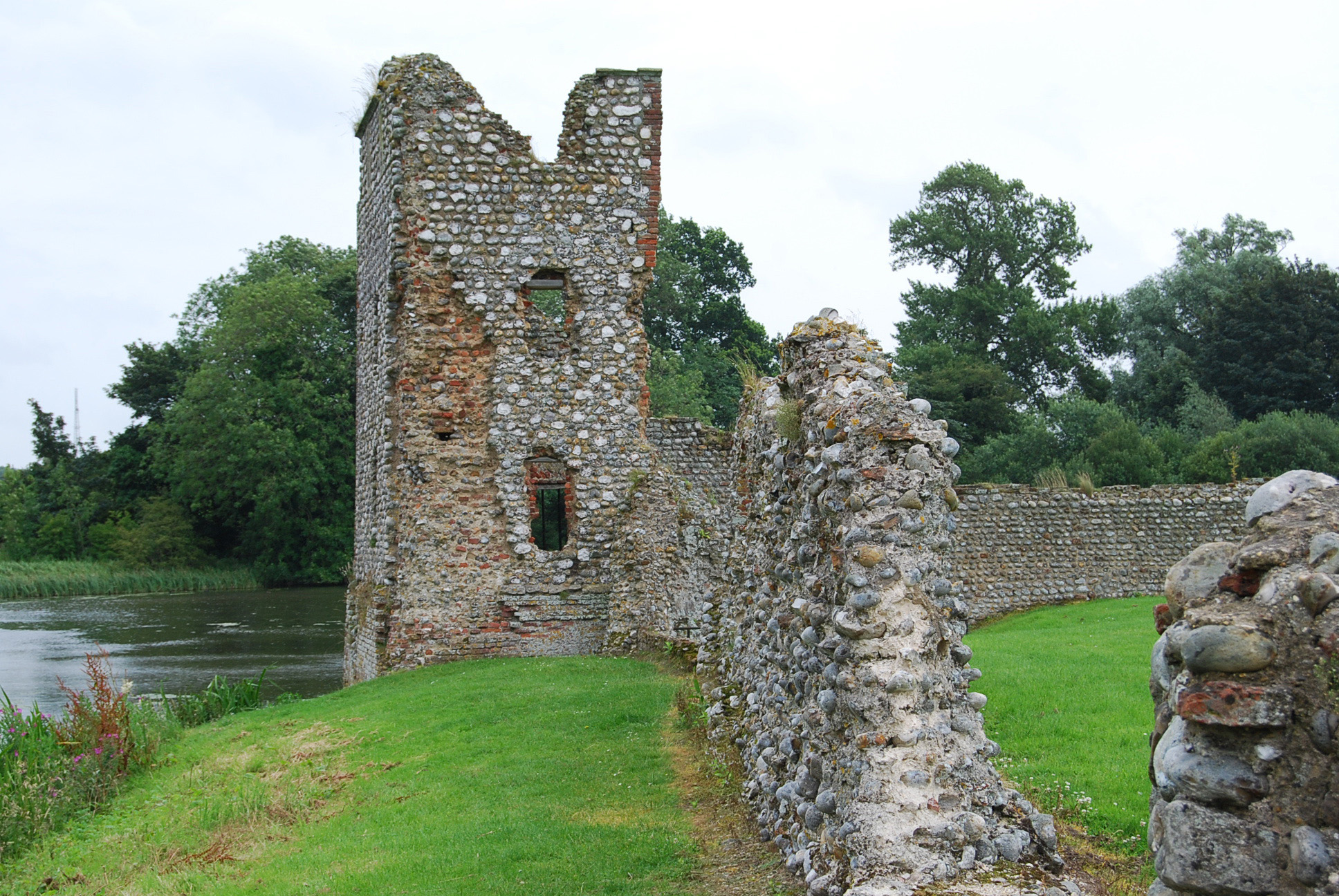 The sleepy ambience of the castle seems to have made it difficult for at least one former resident to leave. Many visitors have heard the sound of plopping, and on turning have discovered ripples radiating outward across the glassy surface of the moat. Looking up, they see a ghostly sentry standing on the walls, lobbing "plum stones" into the otherwise peaceful water. Quite who he is, no one knows and since his spectral activity is undisruptive, witnesses are content to leave him to enjoy his harmless fun.