Old Wardour Castle was originally constructed in the 14th century. More than 600 years later, its romantic and serene ruins still highlight the Wiltshire countryside of southwest England. The castle and nearby lake make for a great picnic area and place for kids to play and explore.

The structure was used for filming parts of the movie Robin Hood – Prince of Thieves, starring Kevin Costner, where it doubled for Lockley Castle. Despite its tranquil setting today, the castle was the setting of a violent past during the time of the English Civil War. This probably resulted in the resident ghost that still calls this place home. 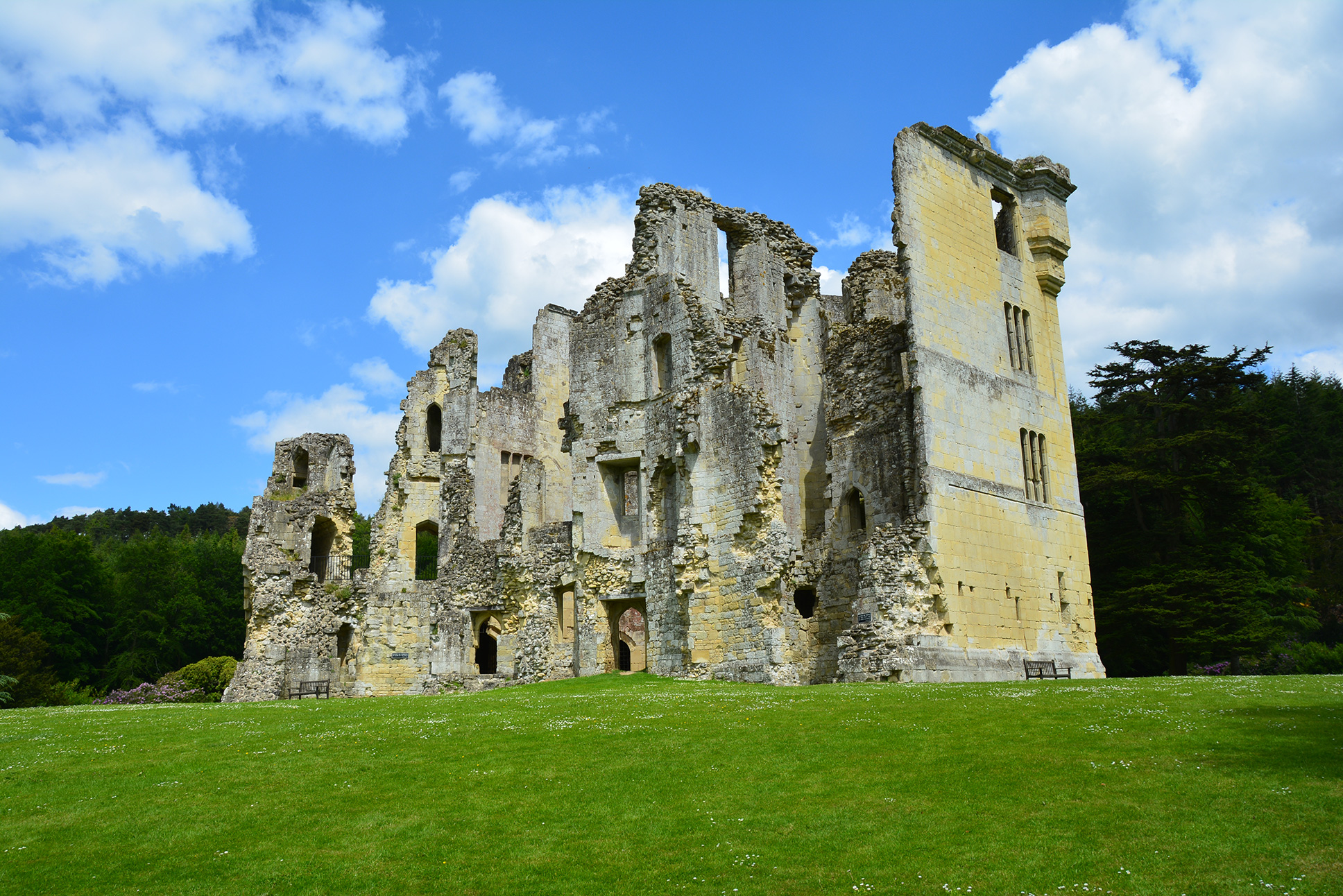 In May 1643, a Parliamentary force of around 1,300 soldiers laid siege to Old Wardour Castle. It was defended only by Lady Blanche Arundell and 25 of her faithful retainers. The attackers no doubt expected a quick victory. They had, however, misjudged the determined Lady Blanche, for she managed to hold out for five days and only surrendered after two mines had been exploded under the walls. The Parliamentarians then garrisoned Wardour, but the following year, after the death of Lord Arundell, his successor returned with a small force. After a four month siege, they took back the fortress that had been built by Arundell’s ancestors in the 14th century. The damage sustained as a result of the sieges was so great that the family had to live in the corn store. The castle was never repaired.

The family died out in the 20th century, and it is therefore unlikely that one of the castle’s more unique supernatural phenomena will ever be repeated. It was always said that whenever the death of a family member was close at hand, white owls would flutter around the castle to warn of the approaching tragedy. Although prophetic owls may be a thing of the past, the intrepid ghost hunter who ventures to this unusual, romantic ruin, may be amply rewarded with a manifestation of Lady Blanche. As twilight creeps through the nooks and crannies of her old home, where she once loaded the matchlock guns for her faithful companions, she appears in doleful contemplation upon the walls.