St. Andrews Castle resides by the sea in the historic town of St. Andrews located in Fife, Scotland. It served as the primary residence to bishops and archbishops of St. Andrews. In addition, King James III was most likely born at the castle in 1451. 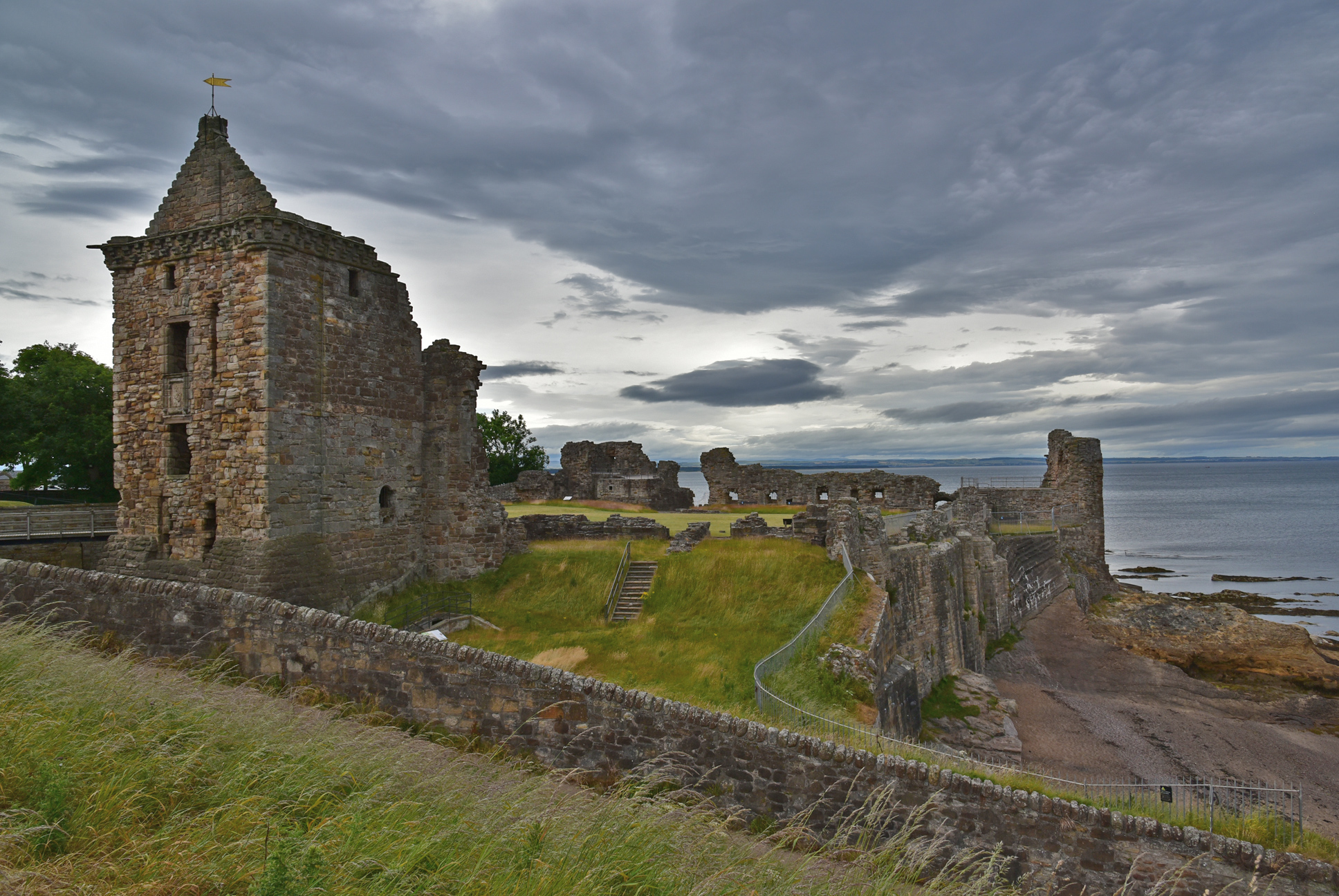 The Fore-Tower pictured above was originally built of stone in the late 12th century. Its structure most likely included wooden towers on each side, in addition to wooden palisade wall spanning the same lines as the present stone wall.

In 1336, the Fore-Tower was enlarged but demolished the following year. Towards the latter portion of the 14th century, construction began once again. It included construction of a major stone curtain wall with two new towers, in addition to rebuiling the Fore-Tower.

During the first half of the 16th century, the castle underwent another transformation. Construction efforts encompassed addition of rounded towers to the southeast and southwest corners of the castle. However, both towers were subsequently destroyed during the siege of 1546-1547, which was sparked by the murder of Cardinal Beaton who served as the Archbishop of St. Andrews. He imprisoned Protestants in the dungeon beneath the castle. Eventually, these prisoners would go insane in the darkness, at which point they were murdered. Cardinal Beaton's barbaric treatment of Protestants included the arrest, trial and execution of George Wishart who was burned at the stake in front of St. Andrews Castle on March 1st, 1546. In response, Protestant infiltrators penetrated the castle and assassinated the cardinal. His body was suspended over the castle walls by an arm and leg, to form the cross of St. Andrews.

Although a ruin today, Cardinal Beaton still roams the castle, in addition to others ...

A White Lady ghost has also been seen roaming the castle ruins, most often during the early evening hours in the autumn. 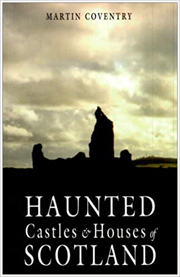