Scotney Castle was built in 1378 as a fortified house with towers at each corner for defensive purposes due to tensions with the French. Approximately two centuries later in 1580, a Elizabethan style based south wing adjoining the tower was added. Eventually, a new manor house was constructed using stone from the castle in 1837. Today, a single circular tower is all that remains of the 14th century structure, which is surrounded by a moat in the middle of the formal gardens of the estate. Despite its tranquil setting, various spirits still linger about. 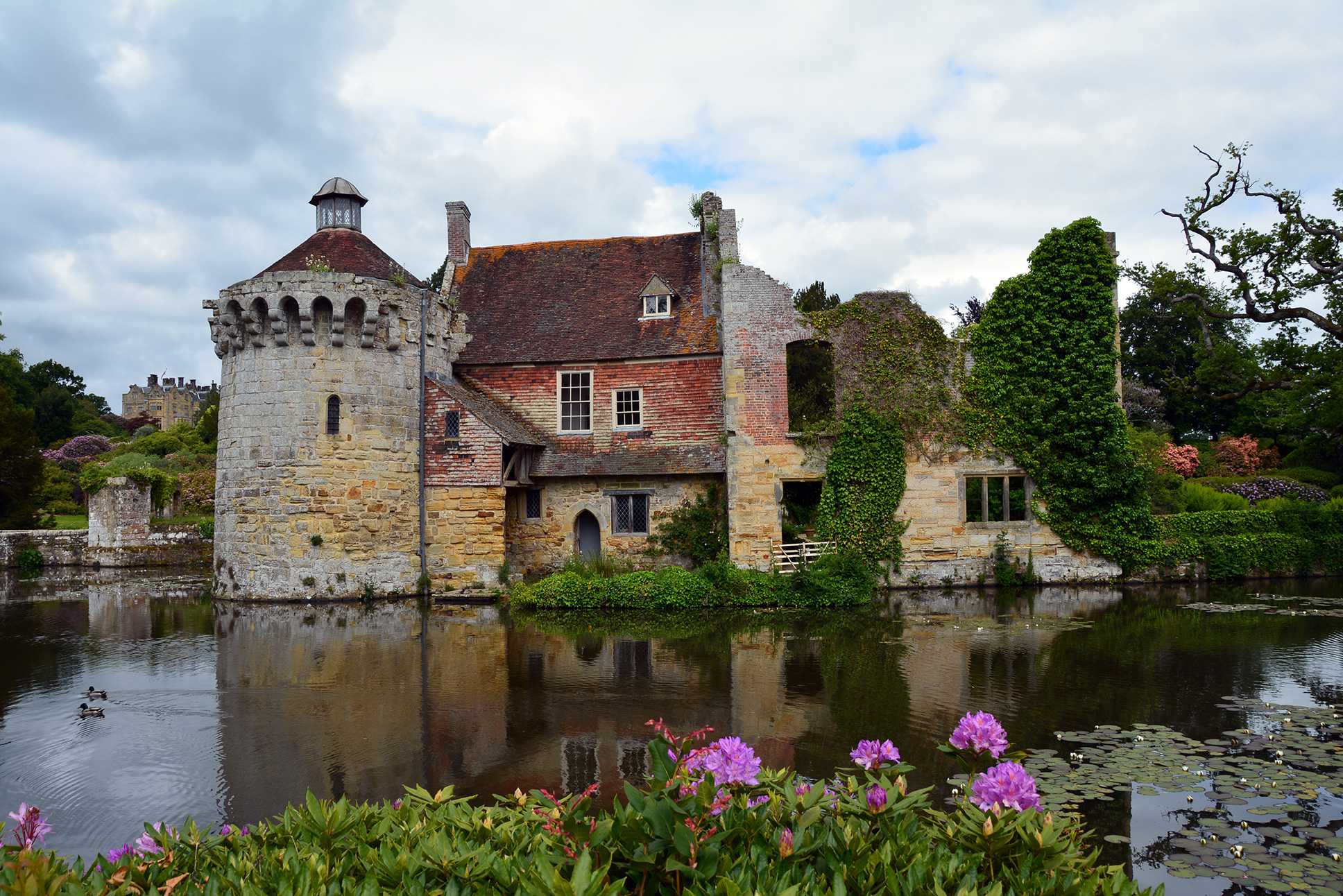 Ensconced within a tall screen of leafy boughs, and shielded from prying eyes by a picturesque profusion of flora and fauna, the dreamy ruins of Scotney Castle blend harmoniously into their surroundings. No one who ventures here can deny that the whole foundation lies in a time warp.

In the mid-17th century, William Darell demolished much of the old castle and used its stone to build the magnificent east range, the romantic ruin of which is one of the glories of the castle garden today. In 1720 Arthur Darell, then owner of the castle, died abroad, and his body was brought back for burial in nearby Lamberhurst Church. As the coffin was being lowered into the grave, those present noticed a stranger, swathed in a long, black cloak, standing among them. As the service neared its conclusion, the mysterious figure turned to a fellow mourner and whispered: “That is me they think they are burying!” Moments later he had disappeared, and, despite a thorough search, no sign of him could be found.

Did the ghost of Arthur Darell appear at his own funeral, or was there a more earthly explanation behind the bizarre incident? It has been suggested that Arthur may well have faked his own death to free himself from the baleful pursuit of his litigious sisters, who resented his inheritance of the family estate.

With Arthur’s death, the castle passed to a kinsman whom the sisters harried mercilessly in a series of frenzied and expensive lawsuits that all but bankrupted the estate. Arthur, meanwhile, used the cover of his supposed death to set himself up as a smuggler, living a secret existence in the grounds of Scotney. One day an excise officer almost caught him, but Arthur murdered the man and flung his body into the moat. Thereafter he fled the estate and vanished. Ever since, there have been frequent reports of a bedraggled figure that staggers from the moat and moves slowly toward the old castle, where, having knocked soundlessly upon the door, it melts away into thin air.