Pendragon Castle resides in the Vale of Mallerstang near Outhgill in Cumbria along the banks of the River Eden. Its location on a raised hill consists of a single ruinous tower. While legends link this castle to Uther Pendragon, father of King Arthur, the structure was built in the 12th century, more than 500 years after the time of King Arthur. 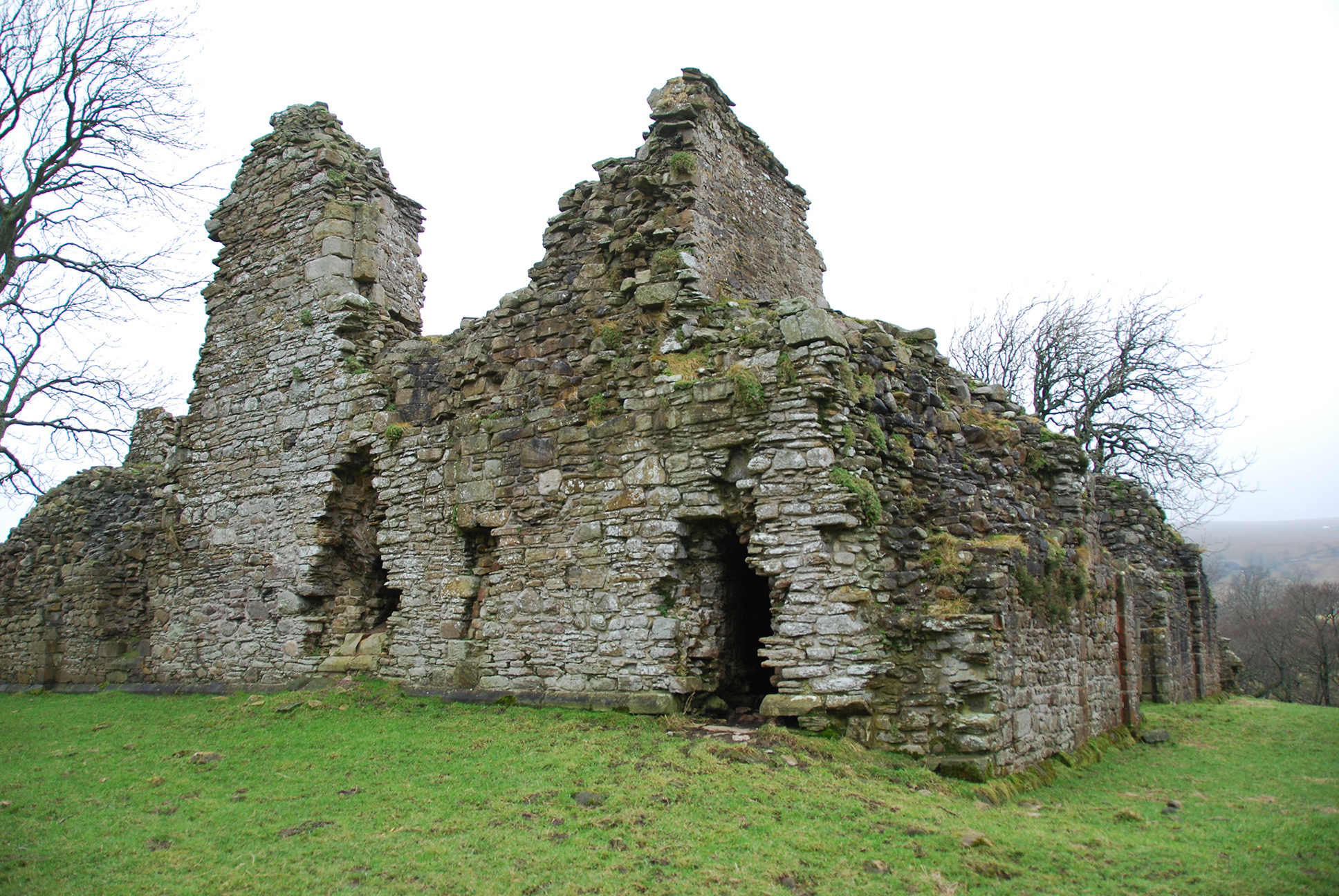 A notable owner of the castle was Sir Hugh de Morville, Lord of Westmorland, who was one of four knights who murdered Thomas Becket, Archbishop of Canterbury in 1170.

The castle was attacked and set afire by the Scots in 1341 but was rebuilt nearly 20 years later in 1360. Nearly two centuries later in 1541, fire once again left the castle in ruins. Ownership of the castle eventually passed to Lady Anne Clifford who rebuilt it in 1660 as she did with many other Northern England castles. Lady Anne added an enclosing wall and other structures including a stable. After her death, the castle passed to the Earl of Thanet who removed the lead from the roof. Thereafter, the castle gradually deteriorated into a ruinous state with only a portion of the tower remaining today.

The castle is situated on private farm land but still publicly accessible via entrance gate located by the nearby road. Since the gate precludes livestock from leaving the farm, it is important to ensure it is not left open.

In comparison to other castle ruins, Pendragon Castle's remnants are considered rather modest. Only the base and partial remnants of the tower's first two stories still remain intact. One of the walls contains an opening where a gate may have existed. The uneven ground within the castle includes a grass covered mound, which consists of rubble accumulated from the upper floors.

The thick tower walls still contain several well preserved vaulted chambers, which serve as the highlights of the current architecture. The castle's alleged association to Uther Pendragon gives it somewhat of a mystical feeling when visiting the ruins. One Uther Pendragon legend states Uther attempted to divert the River Eden for the purpose of forming a moat around the castle but was unsuccessful.

Open to the Public
Open: On private farmland.
Access any reasonable time.