The ruins of Ogmore Castle reside quietly next to the River Ewenny in Glamorgan Wales. It is one of three castles built in the early 12th century, which served as frontier posts in lowland Glamorgan in southwest Wales by the Normans.

The structure began as a motte and bailey style castle constructed with wooden palisades. Ogmore Castle was gradually replaced with stone before it eventually fell into a ruinous stated around the 16th century. Despite its dilapidated condition, the castle houses an intriguing ghost, as well as hidden treasure. 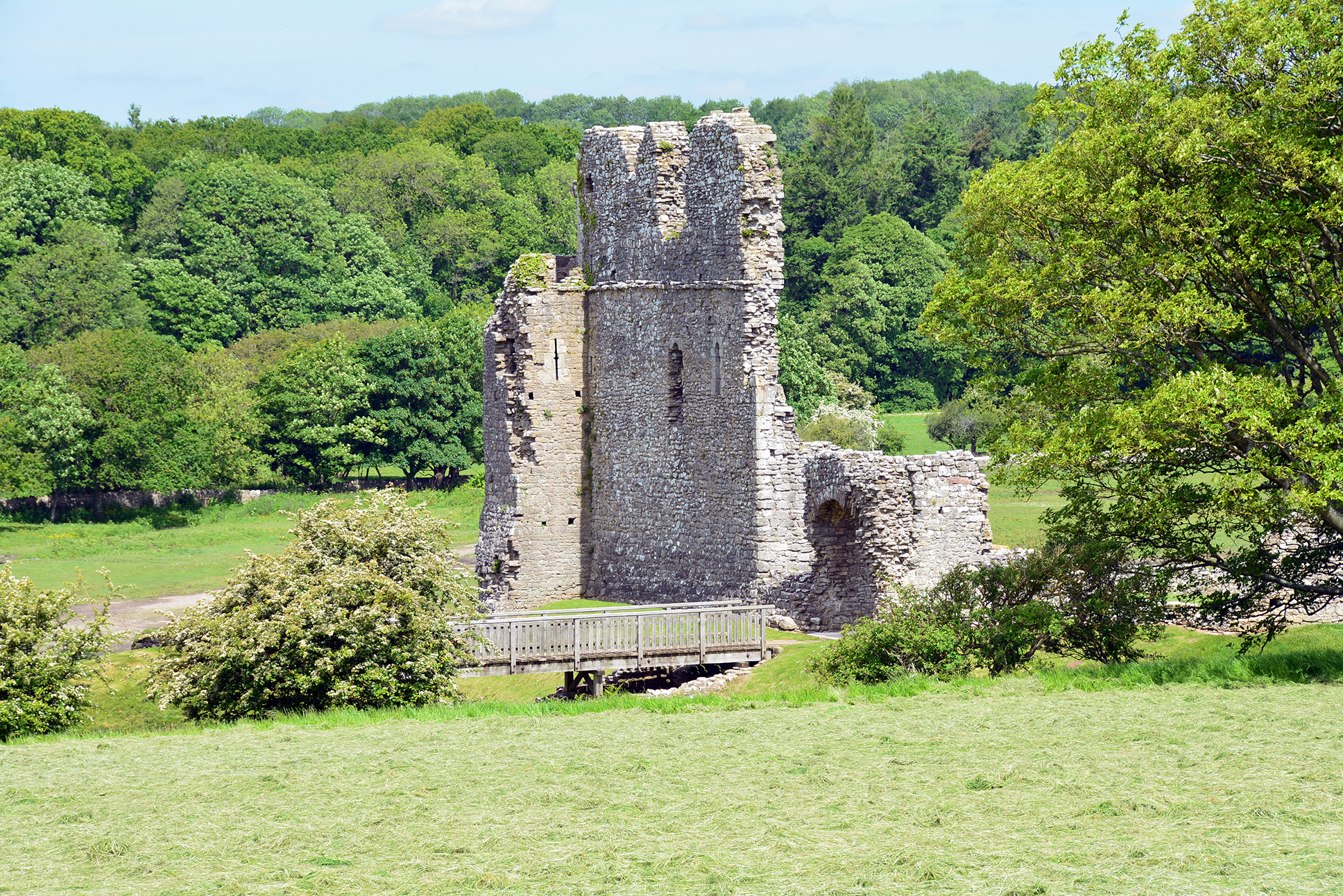 Although its history is fairly uneventful, it possesses a serene and enchanting aura, with the added bonus that a chance encounter with its ghostly White Lady could prove a truly enriching experience. A man living nearby once woke in the middle of the night to find her apparition hovering, uninvited, at his bedside. She motioned him to follow her, and despite his reservations, he felt strangely compelled to do so. The lady led him to the ruins of Ogmore Castle and bade him lift a certain stone. He obeyed, and beneath the stone, he found a cauldron brimming with gold coins. "Take half for yourself and replace the stone over the rest", she told him. Eagerly, the man filled his pockets and replaced the stone over the treasure. He looked up to thank his ghostly benefactor, but she had disappeared. Nevertheless, he left Ogmore Castle that night a wealthy man. His new status soon became the talk of the town, but he refused to reveal the source of his riches. Despite now possessing sufficient wealth to live in luxury for the rest of his days, the man’s thoughts kept turning to the remaining coins. One night his greed got the better of him, and returning to the castle, he located the stone and raised it. There were the gold coins glinting in the moonlight. No sooner had he begun to fill his pockets, however, than a cold chill ran down his spine. Looking up, he saw the White Lady gazing at him, shaking her head in admonishment. "Foolish Man", she chided. "You have all you could ever need, and yet you still want more. From this night forth your fortunes shall be reversed." Moments later she was gone. The man hastily replaced the gold and the stone and hurried home. In the weeks that followed, he became ill, and despite the best medical attention – which he could well afford – his condition worsened. He did finally reveal the source of his wealth and confess his folly, but took the secret of the cauldron’s exact location to the grave. Although many have sought it since, none have ever found it.