The Château de l’Islette resides in France on a small island formed where the River Indre forks. In fact, the name l’Islette means “small island.” Although, the river forms a natural border and affords an excellent strategic location from attackers, no historic records indicate the castle was ever utilized for defensive purposes. 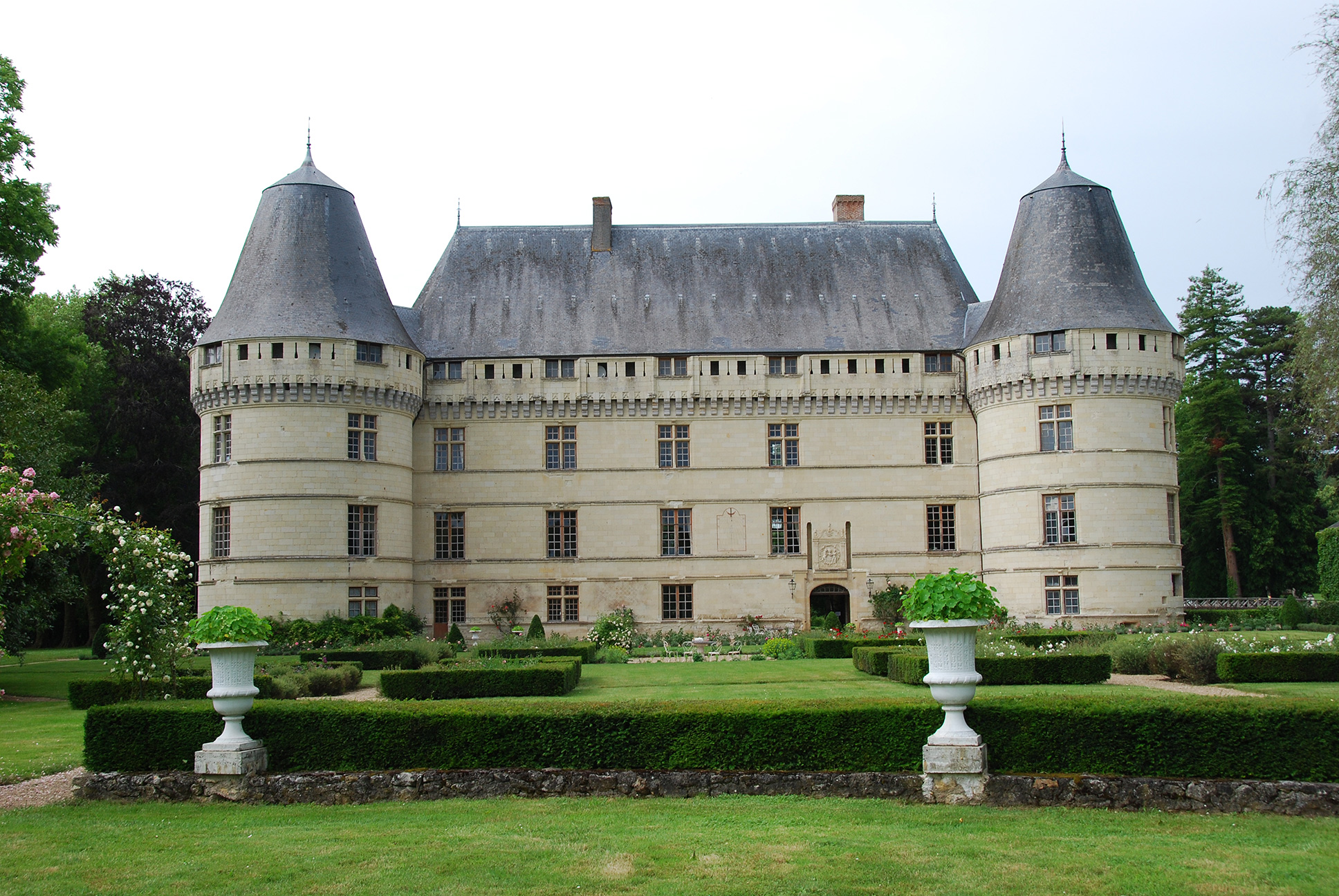 The Château de l’Islette was designed by René de Maillé with construction lasting from approximately 1526 to 1530. Thereafter, possession of the castle changed to the Tiercelin d’Appelvoisin and Barjot de Roncée families. At the time of the French Revolution, the château was owned by Charles Tiercelin d’Apelvoisin who served as a member of the 1789 Estates-General government and was executed by guillotine in 1793.

Approximately a century later in the 1890s, the château served as a romantic setting for famous sculptors, Rodin and Camille Claudel, who frequently stayed at the castle for secret getaways, as the lovers were unmarried. Camille later produced one of her most famous sculptures entitled La Petite Châtelaine de l’Islette. The granddaughter of the château owners at the time served as the model for it. Eventually, in the mid-1960s, the Château de l’Islette underwent major restoration by Pierre and Madeleine Michaud whose family still own and reside there today. The castle has been open to the public since 2010.

The Château de l’Islette was built from freestone, which is a soft white stone. Despite its delicate texture, the structure has survived intact for centuries. It bears a striking resemblance to the Château d’Azay-le-Rideau, which was constructed down the road at approximately the same time and presumably by some of the same workers. They were even more similar in design during prior centuries when the Château de l’Islette was surrounded by a water filled moat and included tall cone shaped roofs on the corner turrets. However, the moats were filled and cone shaped roofs, as well as dormer windows removed during the 19th century by a man named Dupuy who was allegedly attempting to reduce costs. Despite these alterations, the Château de l’Islette is still very charming. Even though the castle does not receive the amount of attention as its more grandiose neighbors, it has just as much to offer when visiting. Guided tours of the castle interior are available to the public. While the tours are spoken in French, handouts describing each room are available in English.

Occupancy of owners within the château lends to a unique style combining both renaissance and modern conveniences. For instance, two meter (approximately 6.6 feet) thick walls of the bedroom were structurally modified near the window to accommodate a shower and water basin. The most impressive room within the Château de l’Islette is definitely the Grande Salle or “Great Hall,” which is over 15 meters (approximately 49.5 feet) in length and decorated in a 17th century style. It is adorned with decorative portraits, as well as coat of arms from the Maillé family. The dining room, which is less formal than the Grande Salle, offers a more comfortable feel as it contains the only fireplace regularly used in the château. It is here, current family members tend to migrate and socialize.

The château grounds, park and surrounding waters provide a tranquil setting for a picnic or boat ride. The old mill house next to the château now serves as a shop and snack bar. Boats are available for rental at this location. The château should not require an entire day to visit unless you spend time to picnicking or relaxing along the river. To fill the remainder of your day, a visit to either the Château d’Azay-le-Rideau or Château de Langeais is highly recommended. Both castles are a very short drive from the Château de l’Islette.

Sign posted along the D57 2km west of Azay-le-Rideau.