Nestled in the Kent countryside, Hever Castle resides as a relatively small fixture in the rural landscape. Despite its modest architecture, it played an important role in the history of England.

Hever Castle, which was built approximately 1270, consisted of a gatehouse and walled bailey surrounded by a moat. In 1460, when the castle came into the possession of a wealthy London merchant named Henry Bullen, a Tudor dwelling was added inside the protective walls. Henry's son, Thomas, changed his surname to Boleyn and married Elizabeth Howard, daughter of the Duke of Norfolk. Thomas and Elizabeth had several children, one of which was named Anne Boylen. 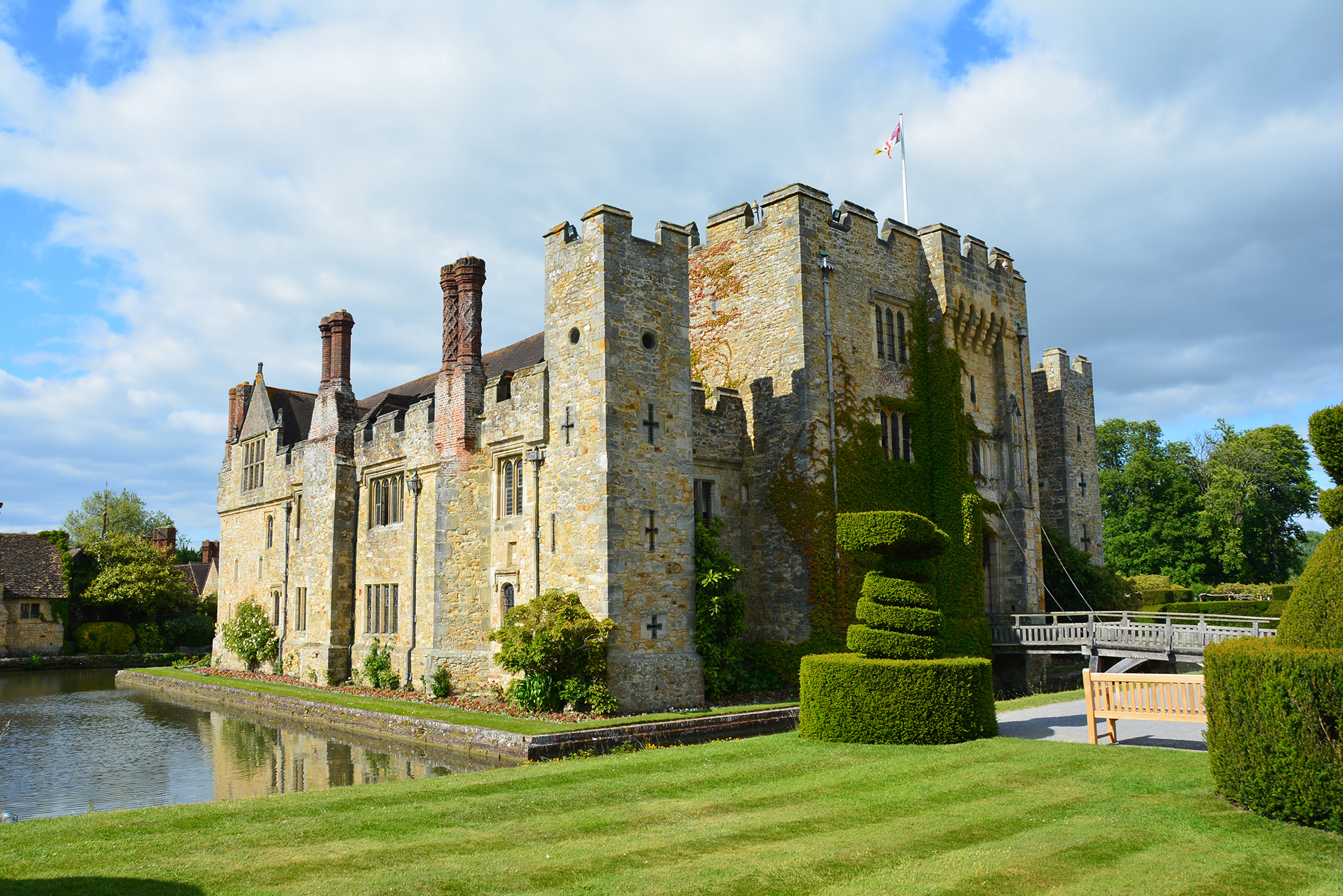 In 1525, Henry VIII began an affair with Anne’s sister, Mary. When Mary and her husband, William Carey, had a son the following year, whom they named Henry, court gossip was rife concerning the boy’s paternity. Thus, when Henry’s lusting eye focused on Mary’s younger sister, the king expected little more than a token resistance. The strong-willed Anne, however, had other ideas. If Henry wanted her, he would have to marry her, and thus began a game of chase in which the king, for once, was forced to fight for his quarry. Henry wrote 17 letters to Anne, pledging himself, "in heart body and will'" her "loyal and most ensured servant". Consumed with passion, he wrote how he wished to be "in my sweetheart’s arms, whose pretty dukkys I facest shortly to kiss".

Henry began his attempts to divorce Catherine of Aragon, and created Anne Marchioness of Pembroke. Anne traveled with the royal retinue and was given her own apartments. Finally, secure in the knowledge that the king was hers, she surrendered to his advances, and by the time she and Henry were secretly married in January 1533, Anne was pregnant. In June of that year, her ambitions were realized when Archbishop Cranmer placed the crown on her head and declared her Henry’s queen. It was a universally unpopular coronation. As far as most people were concerned, Anne was a witch who had seduced the king, and whose unforgivable actions resulted in a dreadful rift between Church and State. In September, Anne gave birth to a daughter. Henry, who had long hoped for a son and heir, was disappointed yet not despairing, and the girl was christened Elizabeth. When Anne’s next pregnancies ended in miscarriage, the king’s ardor began to cool, and he found solace in the arms and bed of one of her maids of honor, Jane Seymour. Henry began paying attention to the gossip spread by Anne’s detractors, and on May 2, 1536 she was arrested and charged with treasonous adultery and incest with her own brother. Anne was sent to the Tower of London, declared guilty, and sentenced to death. On May 19, 1536, she was beheaded at the Tower of London.

Inevitably, Anne Boleyn haunts Hever Castle – Christmas Eve being her chosen day. Her somber specter is seen drifting silently over the picturesque bridge that spans the River Eden, in the grounds of the home where she knew much happiness, and from which she embarked upon a journey that would change the course of English history.