Hermitage Castle is located within Liddesdale, the valley of the Liddel Water, in southern Scotland. This wild and lonely valley was once known as the bloodiest in Britain. The atmosphere of foreboding is enhanced by the dramatic ruinous state of Hermitage Castle. Throughout its long and turbulent history including murder and treason, the castle was critical to control of the Scottish Middle March for more than 400 years. 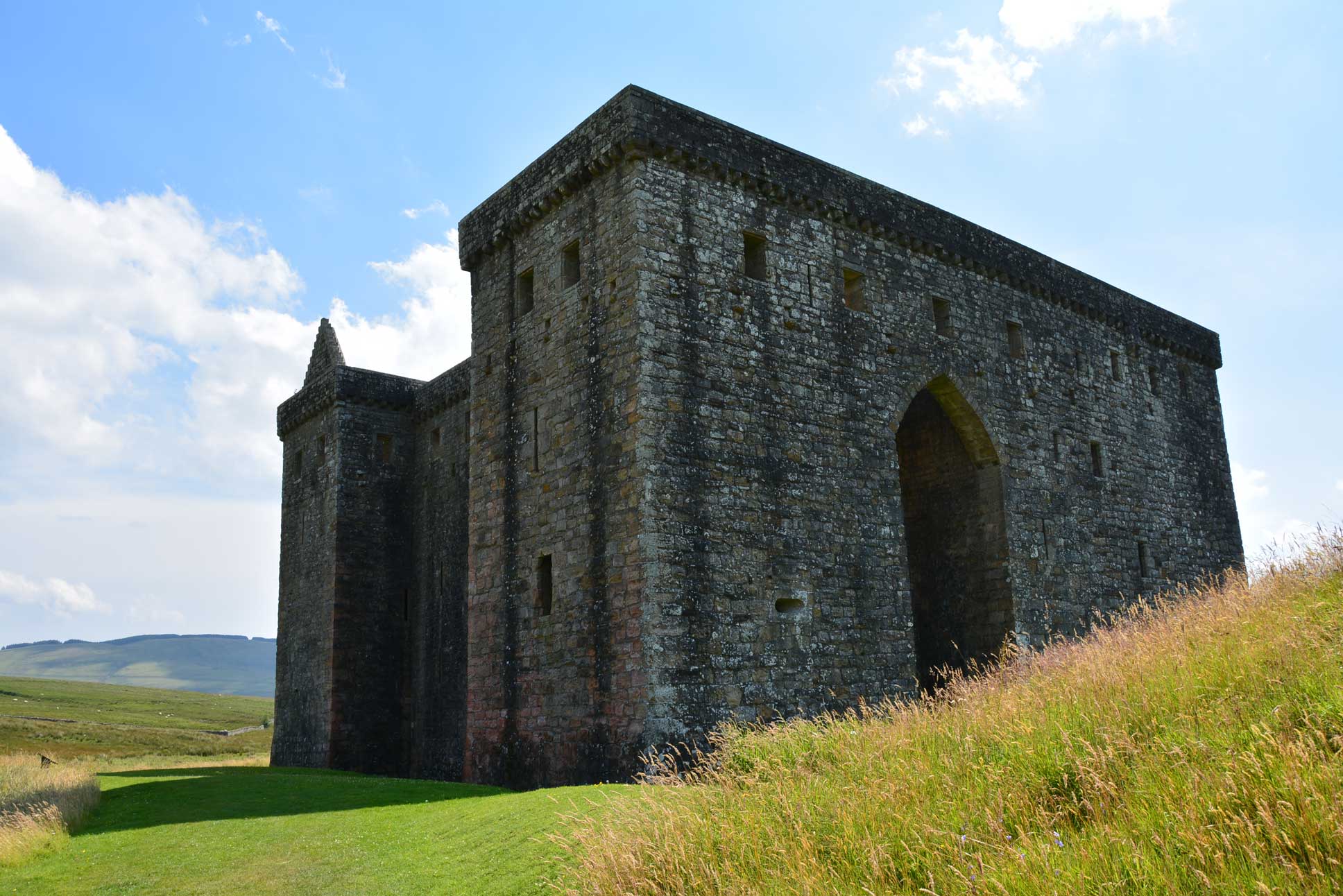 Your worst nightmares could never conjure up a place as demonic as Hermitage Castle. It broods in desolate isolation amid some of the eeriest countryside imaginable. The warmth of a summer’s day rarely penetrates its sullen bulk. Creepy corridors and cold stone staircases meander between the moss clad walls of its ruinous interior, the very fabric of which seems imbued with a genuine ambience of menacing evil.

Most famous of all the castle’s bygone residents was Sir William de Soulis, who owned it during the reign of Robert the Bruce. Historically, Sir William was arrested and executed for plotting the assassination of Bruce in order that he might himself be crowned King of Scotland. Legend, however, has chosen to bestow a far more dramatic end upon "bad lord de Soulis." Tradition maintains that this thoroughly evil individual was a practitioner of the Black Arts who kidnapped the children of the neighborhood and used their blood in his sinister rituals, during which he would conjure up his demonic familiar, Robin Redcap. Eventually the local people petitioned King Robert, begging to be relieved from the scourge of their wicked lord.

"Boil him if you must," replied the king, "but let me hear no more of him." Taking his words literally, the locals stormed the castle, wrapped de Soulis in lead, and plunged him head first into a boiling cauldron. His ghost now wanders the castle, a malevolent specter, whose nebulous meanderings are often accompanied by the heart rendering sobs of children echoing along the crumbling corridors. There is something strangely indefinable about this place, as if the malicious forces that are harbored within its vast, impregnable walls resent your presence.

Indeed, it is easy to understand the local sentiments, recorded by Sir Walter Scott, that, "The castle … unable to support the load of iniquity which had long been accumulating within its walls, is supposed to have partly sunk beneath the ground, and its ruins are still regarded by the peasants with peculiar aversion and horror."