Hailes Castle resides along the banks of the River Tyne in East Lothian Scotland and represents one of the few Scottish castles with masonry dating back to the 13th century. It was originally built as a fortified tower house by Hugo de Gourlay around 1240. 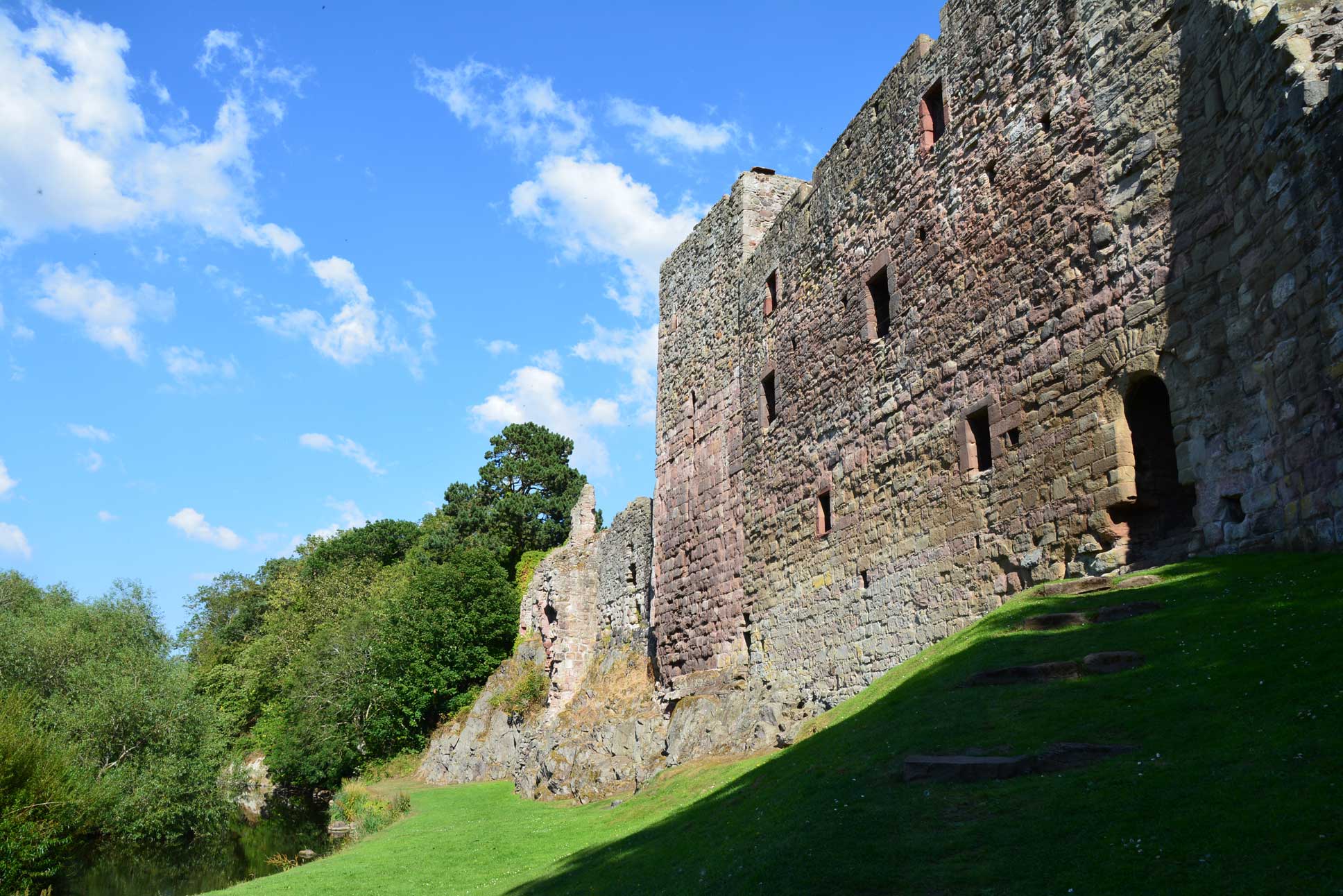 In the 14th century, Hailes Castle was bestowed upon the Hepburns who later became the Earls of Bothwell. According to legend, Adam Hepburn received Hailes Castle after saving the Earl of Dunbar from a savage horse attack. The Hepburns embellished the structure by elevating height of the North Tower and adding other structures including a square tower in the west, as well as high curtain walls. The West Tower contains a pit prison within the vast thickness of its wall. A chapel was later added during the 16th century.

Hailes Castle was unsuccessfully besieged twice by Henry “Hotspur” Percy from Northumberland around 1400 during border hostilities between England and Scotland. After a long siege in 1446, the castle fell to Archibald Dunbar who reputedly slew “all he found within.” In 1544, Hailes Castle was attacked by the English during the Rough Wooing. They eventually seized Hailes Castle four years later while trying to force seven year old Mary Queen of Scots to wed Henry VIII’s son. Mary visited Hailes 19 years later just prior to her ill-fated marriage to James Hepburn, 4th Earl of Bothwell. She relinquished the crown soon thereafter, while Bothwell, said to have been born at Hailes, died in exile.

Approximately two centuries later in 1650, the castle was attacked by Oliver Cromwell following the Battle of Dunbar. During the strike, cannon fire rendered the fortification indefensible. In 1700, Hailes was purchased by the Dalrymples who later moved to a new home and abandoned the castle, which eventually deteriorated to a dilapidated state. Today, Hailes Castle resides under the care of Historic Scotland.

Despite its ruinous state, portions of Hailes Castle still exist today after approximately eight centuries. Specifically, some of its original stonework including central tower and vaulted stairway have survived since approximately 1240. The West Tower, otherwise known as a square donjon or keep, remains the largest portion of the castle. While most of the curtain walls are now gone, it is still possible to view outline of the original castle along with earthworks and fencing along the grounds. Foundations of other internal buildings are also present.

Upon visiting Hailes Castle, the most picturesque views are available when situated behind it along the River Tyne. The castle can be thoroughly explored in only about an hour. To supplement your tour, both Dirleton Castle and Tantallon Castle are located just a few miles away and well worth a visit.