Glamis Castle has been around for over 650 years, and has been the ancestral seat to the Earls of Strathmore and Kinghorne since 1372, when Sir John Lyon was granted the Thanage of Glamis by King Robert II. The castle has enjoyed a relatively peaceful existence, apart from it being occupied by Cromwell’s troops in 1650. The peaceful existence only extends to the castle itself as many who lived here were not so lucky. It is said that Glamis Castle may be the most haunted castle in Scotland. 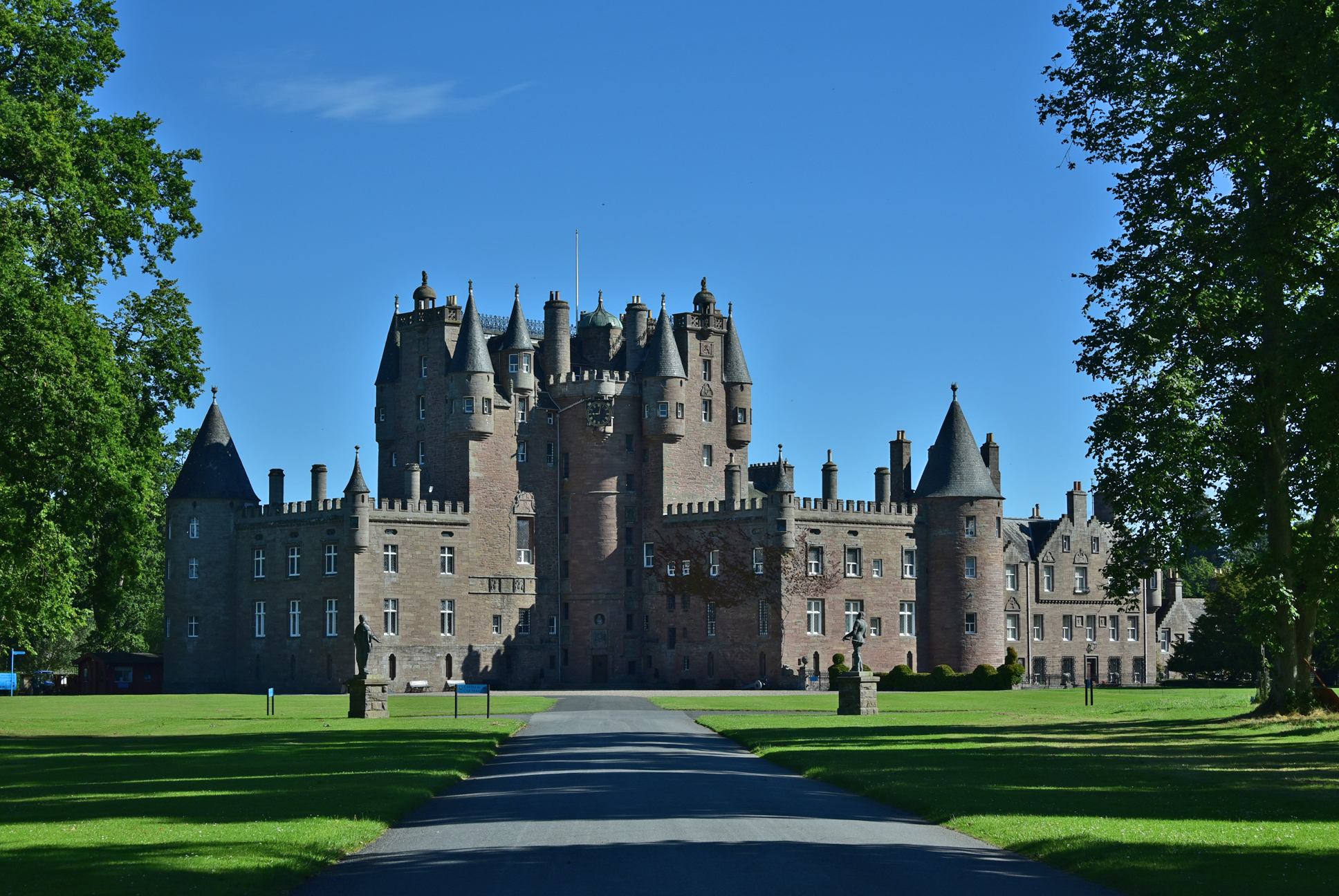 The Queen Mother’s Sitting Room is haunted by the ghost of a young pageboy. He was known for his mischief, and to try and discipline him for his frequent transgressions, he would be told to sit on a stone seat to think about what he had done wrong. On one very cold winter’s night, he was once again made to sit on the stone. Eventually everyone retired to their beds, forgetting to dismiss the little boy from the seat and for once, he obeyed and remained seated. Sadly, during the night, he froze to death and was found the next morning still sitting on the stone. Today, his ghost, still mischievous, has a habit of sticking out a foot to trip up any unwary visitors as they enter the room.

Glamis Castle’s most famous ghost are a Lord and a Lady.

Set against the stunning backdrop of the Grampian Mountains, the soaring towers and lofty battlements of Glamis Castle are both enchanting and mysterious. It is the seat of the Earl of Strathmore and Kinghorne and dates back to the 14th century, although much of what survives today is of a later date. Shakespeare made Macbeth “Thane of Glamis”, and set the murder of King Duncan within the castles gloomy walls, although the slaying actually took place near Elgin.

Much of the castle was rebuilt in the 17th century, when it acquired its French chateau look. In the early part of the 20th century, it was the childhood home of Lady Elizabeth Bowes-Lyon, who would later become the Queen Mother.

At least six ghosts are known to wander its rooms and corridors. One of them haunts the atmospheric crypt, reached via a connecting door from the splendid Dining Room, which, in an instant, transports visitors from the stately opulence of the Victorian era to the more austere days of the Middle Ages. 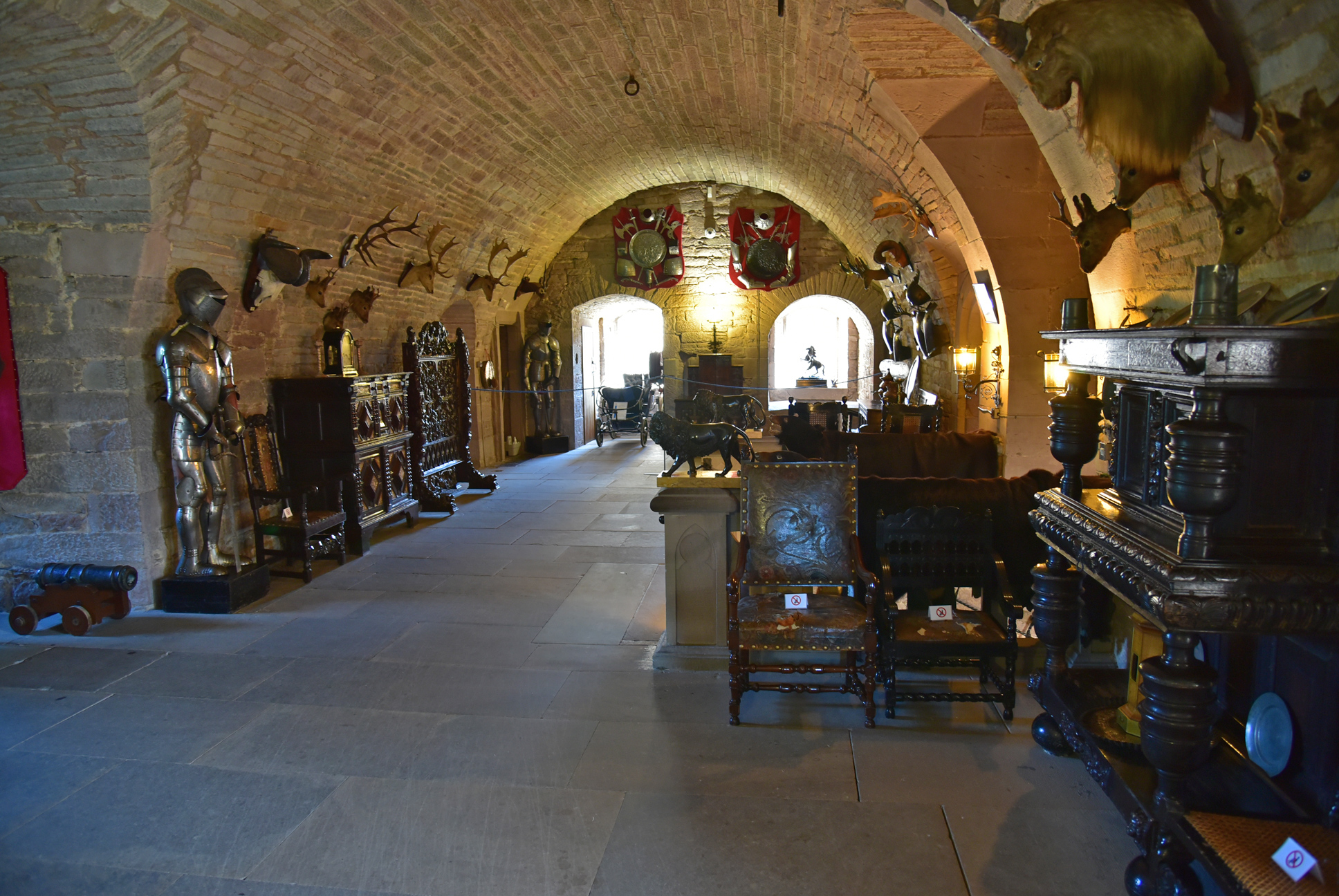 Behind one of the thick, stone walls exists a secret chamber, around which are woven many legends. It was here that one of the Lords of Glamis, “Earl Beardie” as he was known, was playing cards with the “Tiger” Earl of Crawford and was reluctant to give up the game, even though the Sabbath was rapidly approaching. No sooner had the clock chimed midnight, than the devil appeared and asked to join the game. The rash Earl Beardie promptly gambled away his soul, and died soon after. For many years, the sounds of cursing and swearing were heard echoing from the room at night and, in an attempt to quell the disturbances, the chamber was bricked up. But the foul-mouthed phantom could not be confined, and his fearsome specter is still said to roam the castle in the dead of night. There are several reports of guests waking to find him leaning over their beds, gazing at them with evil intent.

The castle’s peaceful little chapel is the haunt of the “Gray Lady”, thought to be the ghost of Janet Douglas, wife of John, 6th Lord Glamis. King James V hated the Douglas Clan, on account of the fact that he had been completely dominated by his Douglas stepfather and manipulated by other members of the family. Following the death of her husband, Janet married Archibald Campbell of Skipness and brought him to live at Glamis. But James had been waging a ruthless vendetta against the Douglas Clan and, in what can only be described as an act of petulant spite, he turned his attentions to the popular and beautiful Lady Campbell and had her arrested on a trumped-up charge of witchcraft. On July 17, 1537, she was led from Edinburgh Castle and burned at the stake on Castle Hill. Her ghost has been seen many times in the chapel, kneeling in silent prayer, a shimmering, translucent figure who exudes an aura of peaceful tranquility and melts into nothingness after a few short moments. 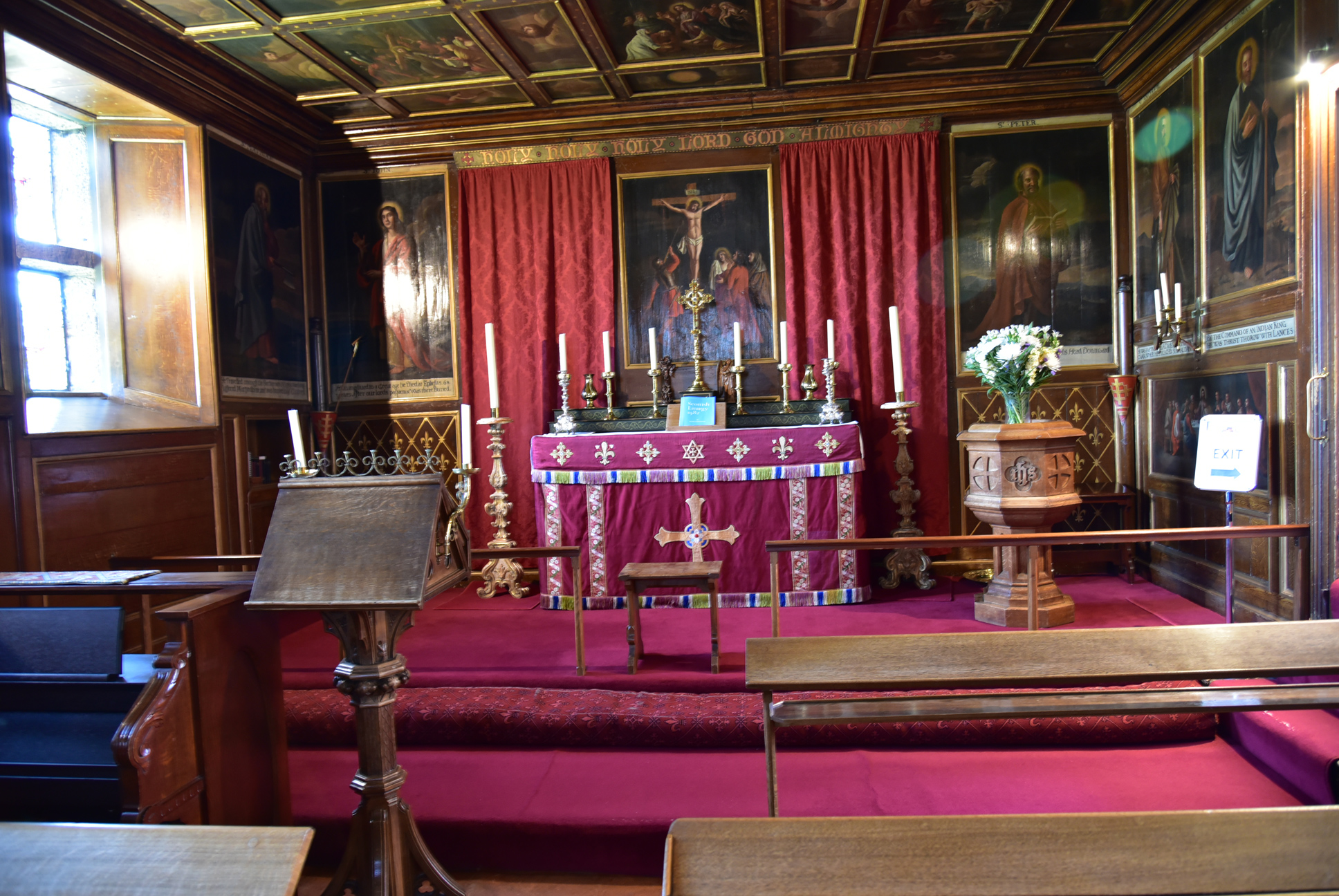 Glamis Castle as many secrets, and its walls must have borne silent witness to thousands of tragic and sinister events. Wandering its rooms, corridors, and staircases, you can almost sense the eyes of past occupants watching your progress, and it is easy to sympathize with the sentiments expressed by Sir Walter Scott when he visited:

“I began to consider myself as too far from the living and somewhat too near the dead”.