Clackmannan Tower resides at the summit of King’s Seat Hill, a short walk from the town of Clackmannan. It was built in the 14th century by King David II, son of Robert the Bruce, before granting it to his kinsman, Sir Robert Bruce in 1359. 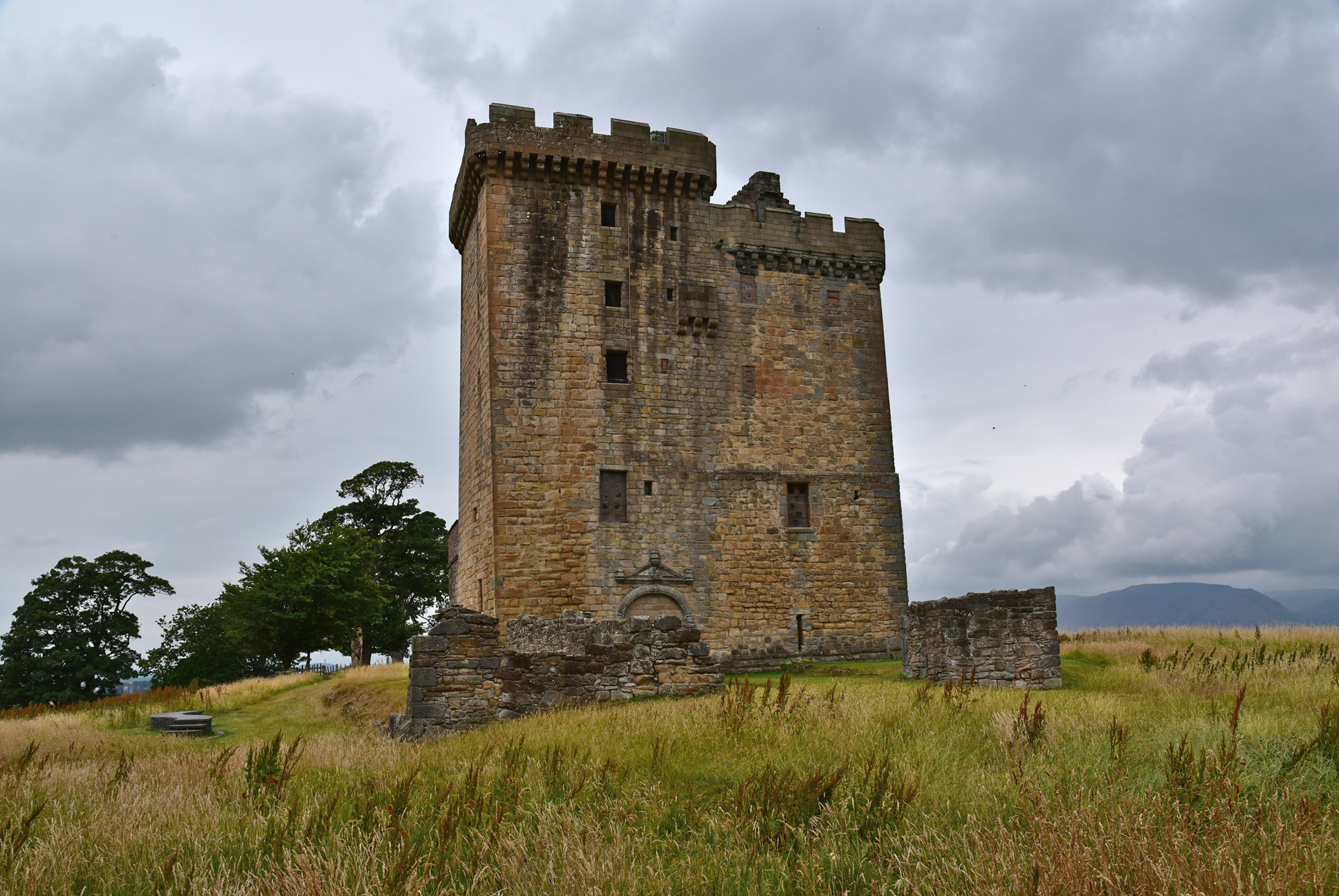 In the 15th century, extensive alterations to Clackmannan Tower took place to include heightening of the existing tower as well as the addition of a second tower to the south, creating an L plan castle. A mansion was also added sometime in the late 16th century. In the 17th century, a moat and drawbridge were added as well as surrounding walls.

The Bruce family occupied the castle until the late 18th century, following the death of Katherine Bruce who lived at Clackmannan Tower until her death in 1791. Katherine entertained friends and acquaintances at Clackmannan including the poet Robert Burns who visited in August of 1787, when she mock-knighted Burns using the sword of her ancestor, Robert the Bruce.

By the end of the 18th century, the tower and mansion were abandoned with the mansion being demolished sometime in the early 1800s. Stonework from the mansion may have been used in the construction of the Parish Church, built in 1815.

Despite the demolition to most of the castle complex except the first tower dating from the 15th century, Clackmannan Tower is still an impressive structure, rising 5 stories in height. Due to its location on the summit of King’s Seat Hill, it can be seen for miles.

It is free to roam around the grounds but the tower is closed to visitors. It is still worth a visit, but a bit of a walk from town. Parking in town is also a challenge as there are only a few spaces available at a busy end of the High Street.

You can visit the Clackmannan Tower thoroughly in about an hour. To make a full day of visiting castles, Alloa Tower, Castle Campbell, and Stirling Castle are an easy drive from Clackmannan.

Open to the Public
Grounds open year round
Any reasonable time