Chillingham Castle has existed since the 13th century. In 1298, King Edward I stayed at the castle while on his way to the Battle of Falkirk where he defeated William Wallace. Nearly half a century later, Sir Thomas Grey was granted a license to fortify and crenellate the castle in 1344. By 1348, the castle was transformed into a square structure adorned with towers at its corners. Since that time, the castle has remained similar in appearance with the exception of its outer curtain walls linking the towers, which are presently much higher.

Throughout the years, Chillingham Castle was involved in various border skirmishes between England and Scotland. Additionally, it was under siege in 1536 when the Percy family of nearby Alnwick Castle attacked with cannon fire during the “Pilgrimage of Grace” rebellion against Henry VIII. Today, Chillingham Castle is best known for its reputation as one of the most haunted castles in England. 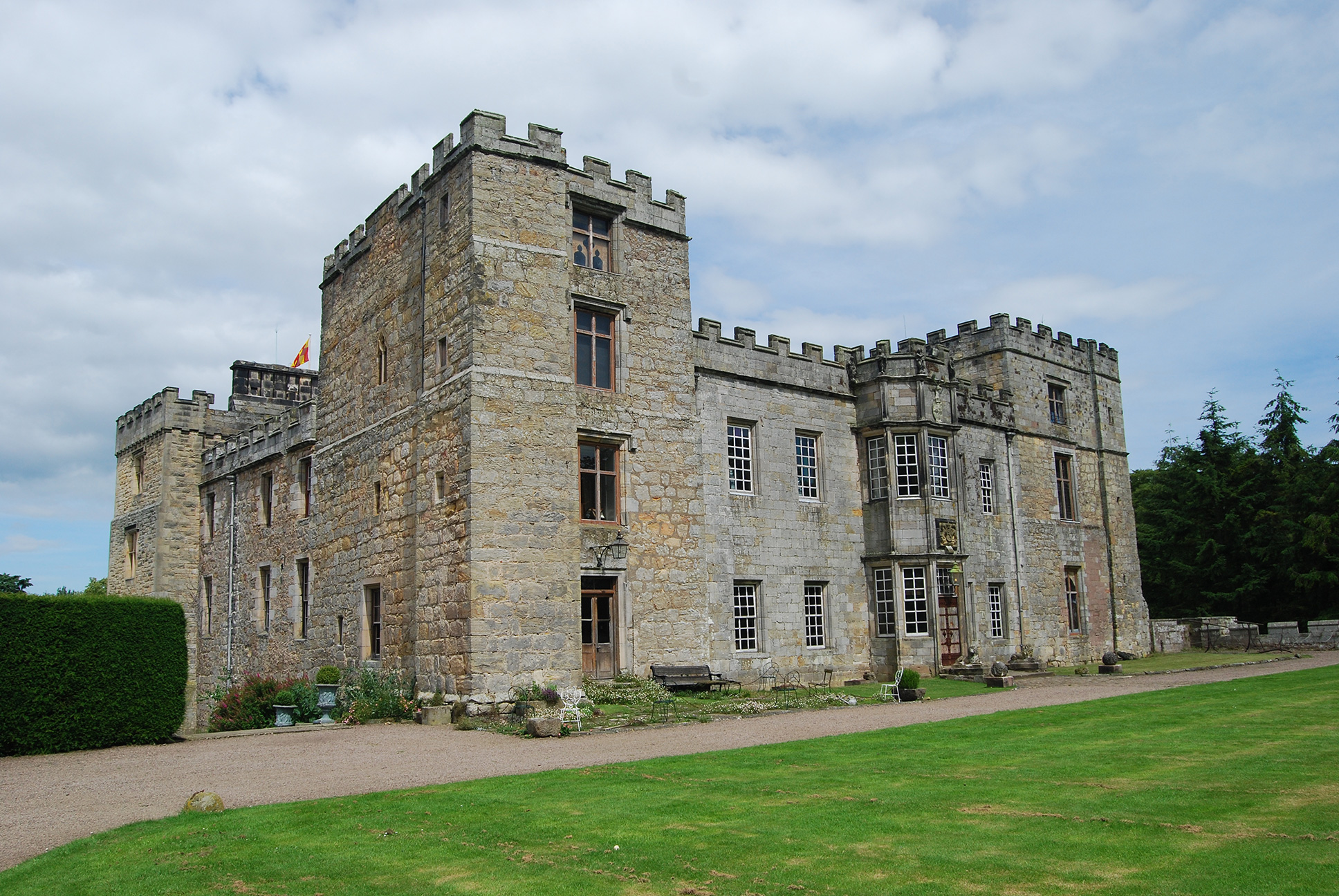 Several ghosts are known to wander the castle’s timeworn interior. The most famous is that of the "Radiant Boy", a childish wraith that is seen in the castle’s Pink Room, and whose heart rendering cries of either fear or pain echo through the corridors upon the stroke of midnight. In the past, cries always seemed to emanate from a spot near where a passage is cut though the 10-feet thick wall into the adjoining tower. As they faded away, a bright halo of light would appear, and the figure of a young boy, dressed in blue, would approach those sleeping in the room.

Later, the bones of a child, surrounded by decaying fragments of blue cloth, were found behind the wall. They were given a Christian burial, and thereafter the "Radiant Boy" was seen no more – until, that is, Sir Humphrey began letting the room. Some guests complain of a blue flash that shoots out of the wall in the dead of night. Although they attribute it to an electrical fault, Sir Humphrey is quick to point out that there is no electrical wiring in that particular section of the wall.

Another unquiet soul to stalk the castle is the spirit of Lady Berkeley, wife of Lord Grey, whose husband ran off with her own sister, Lady Henrietta. Lady Berkeley was left abandoned at the castle, with only her baby daughter for company. The rustle of her dress is sometimes heard as her invisible revenant sweeps along the rambling corridors searching for her husband and leaving a cold chill, not to mention unsettled witnesses, in her ghostly wake.