The Rock of Cashel in Tipperary Ireland does not constitute an actual castle but formidable stronghold that served as traditional seat of the Kings of Munster prior to Norman invasion in early 12th century. More than nine centuries ago in 1101, the King of Muster donated it to the church. Today, remains of the 13th century cathedral surround Cormac’s Chapel, which was consecrated in 1134. The Rock of Cashel represents one of Ireland’s most sacred locations still surrounded in myth and legend. 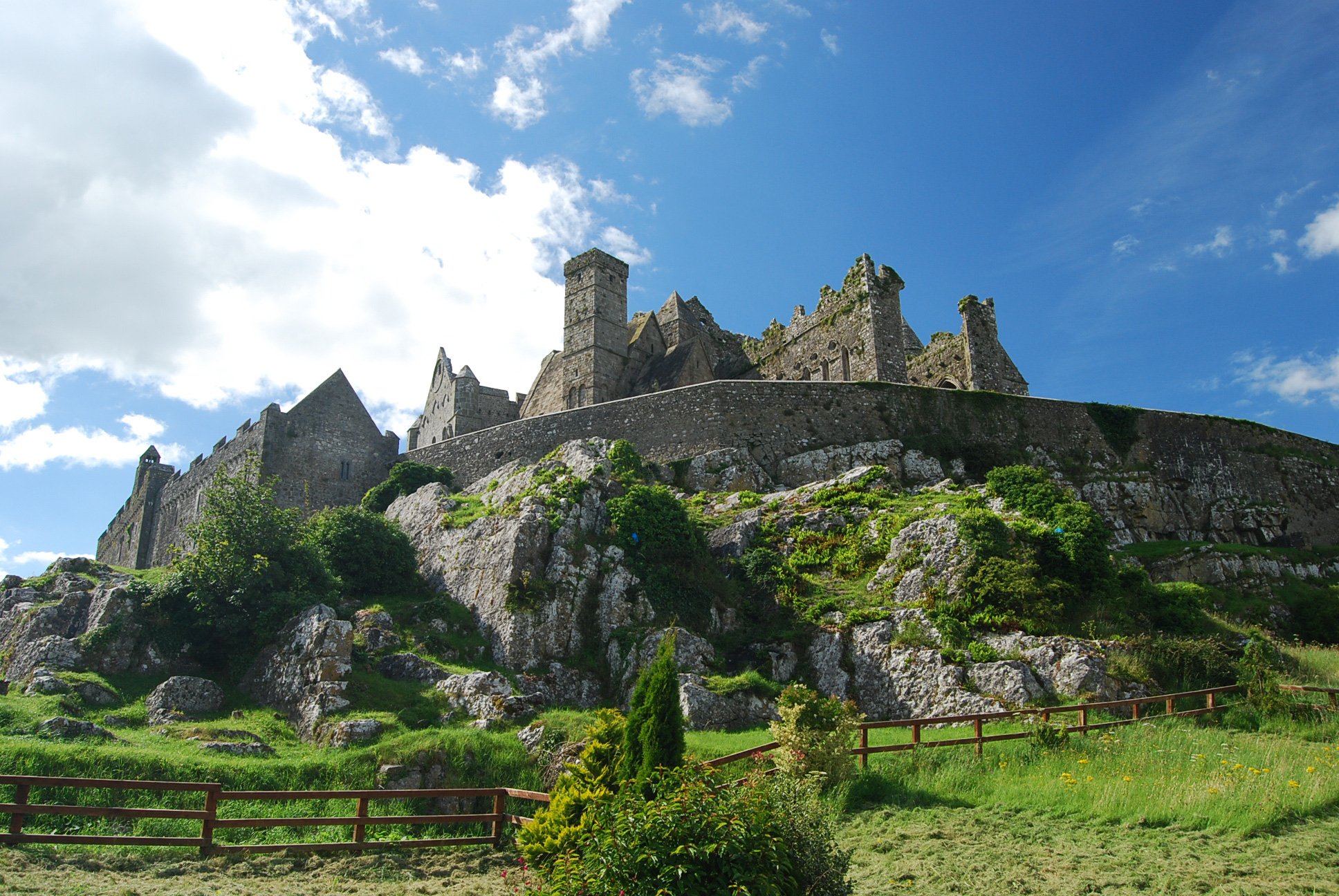 Once the seat of the High Kings of Munster, and now one of Ireland’s most sacred relics, the Rock of Cashel sits at the heart of the picturesque plain of Tipperary and boasts a venerable antiquity that stretches far back into the foggy mists of time. Strange, that this most hallowed of holy places should have been planted by the Devil. Tradition says that one day the Devil was pursuing an enemy when, overcome by hunger, he paused to take a savage bite from one of the northern hills. Resuming the chase, he spat the rocky segment at his foe and so formed the Rock of Cashel. If you look towards the Slieve Bloom Mountains today, you can see a gap, still known as “Devil’s Bit”, into which Cashel would fit exactly.

Wandering amongst that somber grey remnants of the ancient cathedral that sprawl across the lofty summit you come upon the replica of St Patrick’s Cross, the base of which, it has long been purported, was once the inauguration stone for the Kings of Cashel. Although this is highly improbable, legends claims it as the place where St Patrick baptized King Aengus in AD448. It was 16 years after beginning his mission in Ireland that the elderly and decidedly feeble St Patrick finally reached the Rock of Cashel. As he prepared to administer the sacrament of baptism, he felt a little unsteady and drove the spiked point of his crozier firmly into the ground for support.

When the ceremony was over, the onlookers noticed that the grass was soaked with blood and, looking down, St Patrick saw that he had inadvertently driven the sharp tip of his crozier through Aengus’s foot. Apologizing, the saint asked that king why he had not cried out in pain, to which the king replied that he had heard so much about the sufferings of Jesus that he would have proudly endured the agony, even had he not believed that it was part of the ceremony! 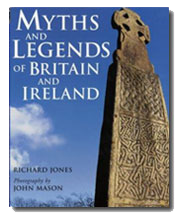