Cahir Castle exists as one of the largest and best preserved medieval castles in Ireland. Located in County Tipperary, it resides on a small rocky island in the middle of the River Suir. The castle was built in 1142 by Conor O’Brien on the remains of an old Irish fortification called a cathair, which is Irish for stone fort, from which the castle derives its name. 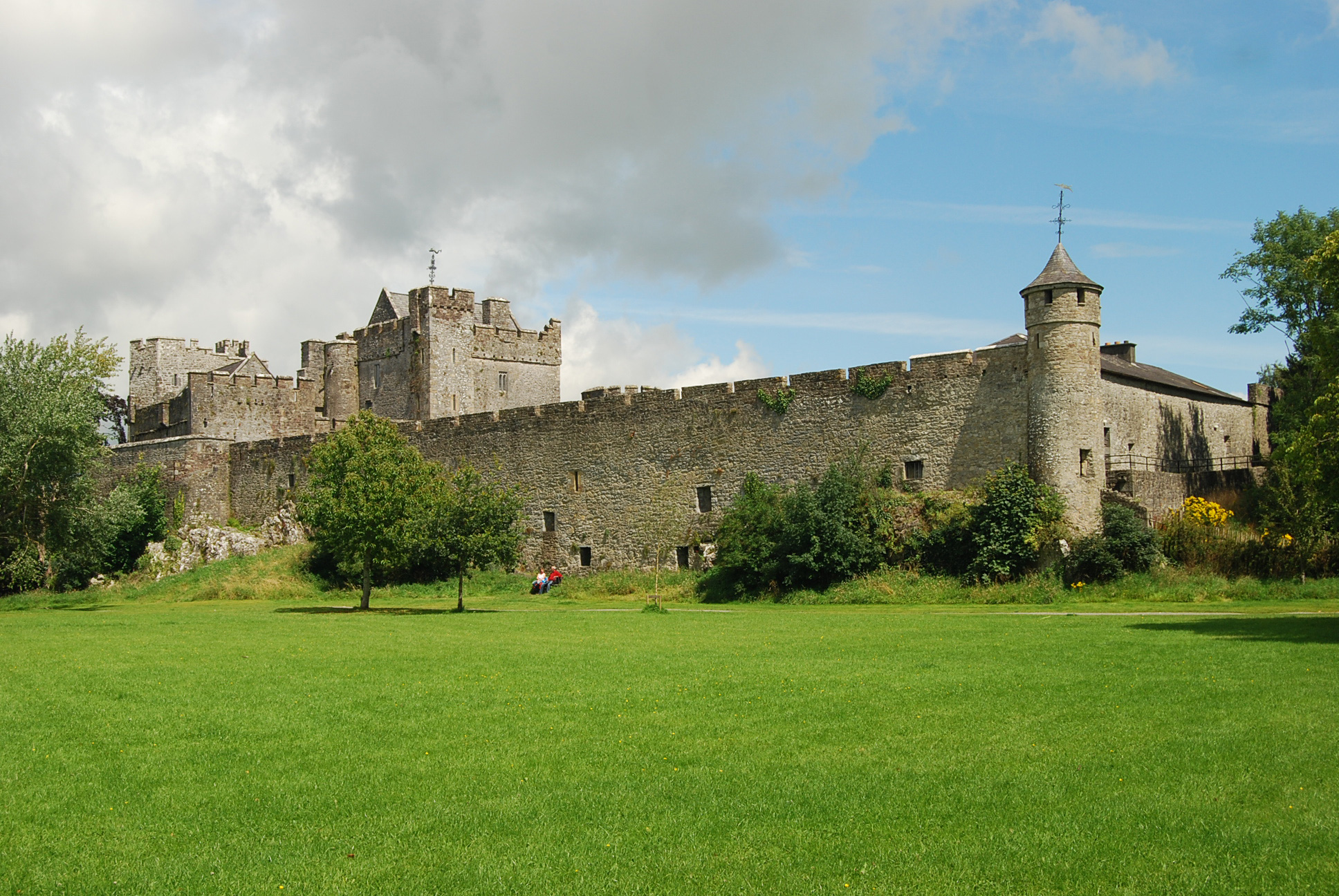 In 1192, the area around Cahir Castle was granted to Philip of Worchester by John, Lord of Ireland, who would later become King John. The earliest remains of the castle, including the old gatehouse, hall, and wall along the inner ward, date back to the 13th century, however, it is unknown how much was actually built by Philip or his nephew and heir, William. In 1375, the barony of Cahir was passed to James, 3rd Earl of Ormond, head of the great Anglo-Norman Butler family. Most of the present day Cahir Castle was built during the 15th and 16th centuries by subsequent owners of the Butler family.

In 1599, Queen Elizabeth of England sent the Earl of Essex to Ireland with an army in excess of 18,000 men to defeat Hugh O’Neal, the Earl of Tyrone who was rebelling against the English Crown. By May 23rd, the Earl of Essex reached Clonmel and was advancing on Cahir. The garrison inside the castle refused to surrender and Essex laid siege to the castle with two to three thousand foot soldiers, 200 horse, single cannon and culverin. Five days later on May 28th, the east wall was breached and Cahir Castle was taken by Essex after a loss of approximately 80 defenders in battle.

In 1650, the castle was once gain involved in conflict during the Cromwellian Period in Ireland. Oliver Cromwell besieged the castle, and in his customary manner, offered the inhabitants the opportunity to leave the stronghold in peace or be subjected to the full force of his army and cannons. A letter in the British Museum documents Cromwell’s offer to George Mathews, who was defending Cahir Castle on behalf of Piers, the 4th Baron of Caher.

Sir – having brought the army and my cannon near this place, according to my usual manner in summoning places, I thought fit to offer you terms honourable to soldiers: that you may march away with your baggage, arms and colours, free from injuries or violence. But if I be, notwithstanding, necessitated to bend my cannon upon you, you must expect the extremity usual in such cases. To avoid blood, this is offered to you by Your servant, Oliver Cromwell.

Mathews accepted the terms and surrendered the castle, which was left intact by Cromwell. It was at Cahir Castle the articles of agreement between local leaders in County Tipperary and Cromwellian commanders were signed in 1652.

The Butlers of Cahir survived as catholic peers until 1786, when James, 9th Lord Caher died after traveling to France. Thereafter, Cahir Castle began to fall into decline apart from a brief period from 1846 to 1849 where some work was done on the castle. By 1964, the hall remained the sole building still in use at the castle. Since that time, extensive work to conserve and restore the structure, including the restoration of the portcullis with a new winding drum and gears, have occurred.

Most castles in Ireland exhibit the Irish Tower style, whereas, Cahir Castle is characterized by Norman style with a barbican, inner and outer wards, great hall, as well as multiple towers and service buildings. Though besieged at the end of the 16th century, restoration of the castle offers a fine example of medieval architecture. One prominent reminder of the siege remains as a cannonball still remains embedded in the wall of the Northeast Tower.

Guided tours of the castle provide valuable insights to the structure including particular towers and rooms. It is possible to view the restored hall with its impressive wood-beam ceiling. The original hall most likely contained a thatched roof. The castle served as a film location for the 1970s movie Excalibur that tells the story of King Arthur and his Knights of the Round Table, as well as the sword of power, Excalibur. The castle is visible during the early portion of the movie as knights besiege the castle of Sir Leondegrance of Camelyard for supporting the boy king after he frees Excalibur from the stone.

A comprehensive view of Cahir Castle may require half a day. The Rock of Cashel or Blarney Castle are close enough to also visit the same day.

Sign Posted off the R640 (Castle Street) in Cahir.