Located in Mid-Glamorgan, Wales, Caerphilly Castle was built in the 13th century by Gilbert de Clare. When the castle was constructed, Gilbert ensured it was surrounded by water as an added layer of defense. He noticed the significance of water defenses in 1266 during a lengthy siege at Kenilworth Castle in Warwickshire, England. Construction of Caerphilly Castle occurred during a time of constant war and struggle for control of Wales and titles of nobility on both sides of the border. Its architecture began a period of concentric castles associated with Edward I.

The castle, which resides as the largest in Wales, is home to a restless spirit. 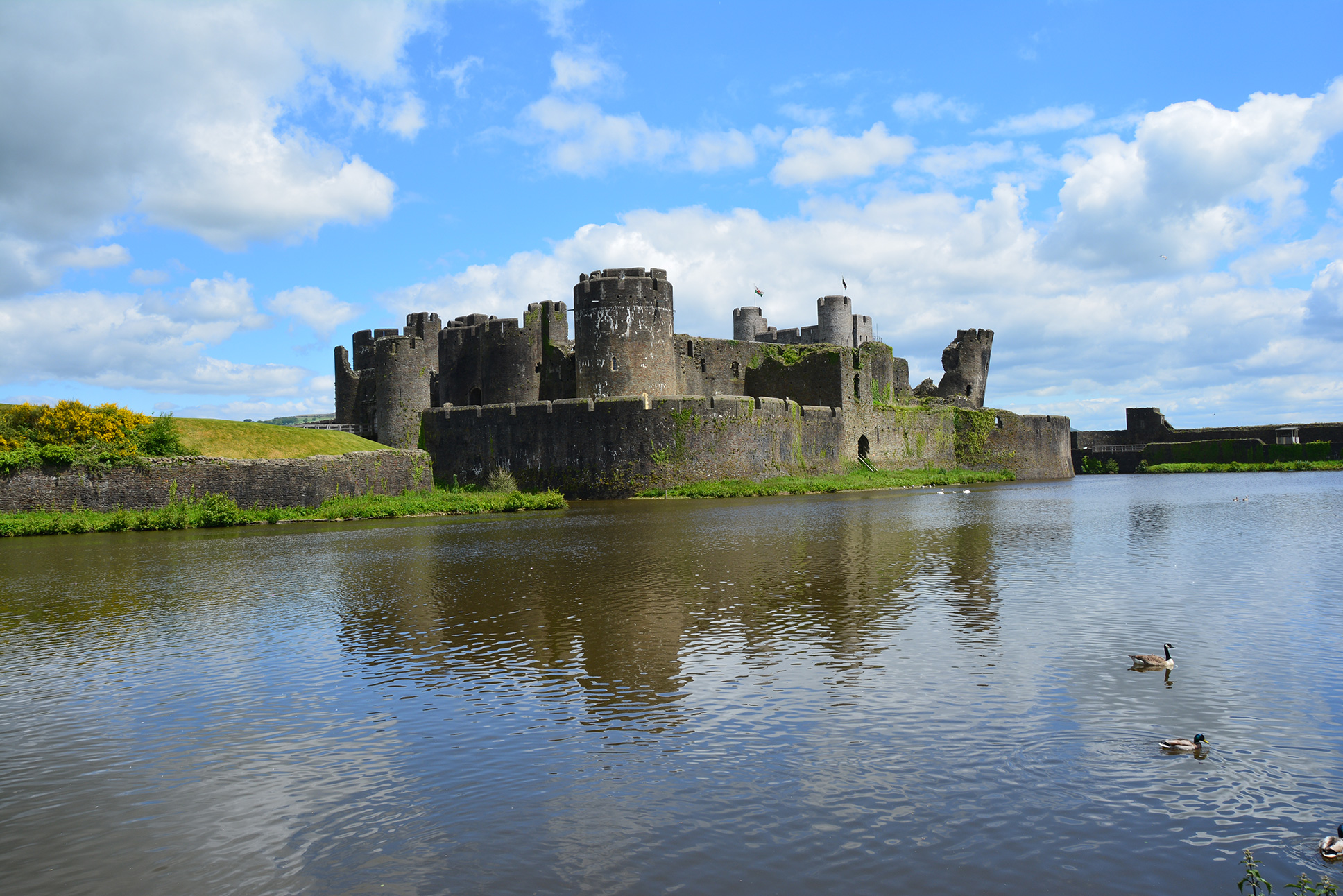 Gilbert was married to the beautiful Princess Alice of Angouleme, a lady of refined tastes and passionate nature, who came to resent her husband’s warring disposition. One day, Gruffudd the Fair, Prince of Brithdir, paid a visit to the castle. Alice became enamored with this handsome and amorous Welsh prince, and soon the two were lovers. Rather foolishly, Gruffudd confessed their secret to a monk who turned out to be duplicitous and informed the cuckolded husband. A deranged Gilbert sent his wife back to France and ordered his men to find Gruffudd. Learning of the friar’s betrayal, Gruffudd caught the monk and hanged him from a tree at a site now known as 'Monk’s Vale' in commemoration. No sooner had he done so than Gilbert’s men caught up with him, and Gruffudd, too, was soon dangling at the end of a noose.

Gleefully, the avenged husband set a messenger to France to inform Alice of her lover’s execution. Such was the shock of the news that she dropped dead on the spot, and her ghost has haunted the ramparts of Caerphilly Castle ever since. Resplendent in a richly woven dress, colored green for Gilbert’s envy, she waits in silent solitude, desperate to be reunited with her princely lover, whose flattering attentions fate has long denied her.