Now just a ruin, Bodiam Castle in East Sussex was built in 1385 to defend Southeast England from the invading French during the Hundred Years' War. Although licensed for military defense, some believe Bodiam Castle is nothing more than a fancy manor built to boost the reputation of its owner, Sir Edward Dalyngrigge. Whatever its original purpose, Bodiam is considered one of the last great medieval castles in England. Its architecture, which resembles a child's toy, may be found on items ranging from postcards to jigsaw puzzles. Although Bodiam Castle was never involved in any war, it houses restless spirits like most medieval castles. 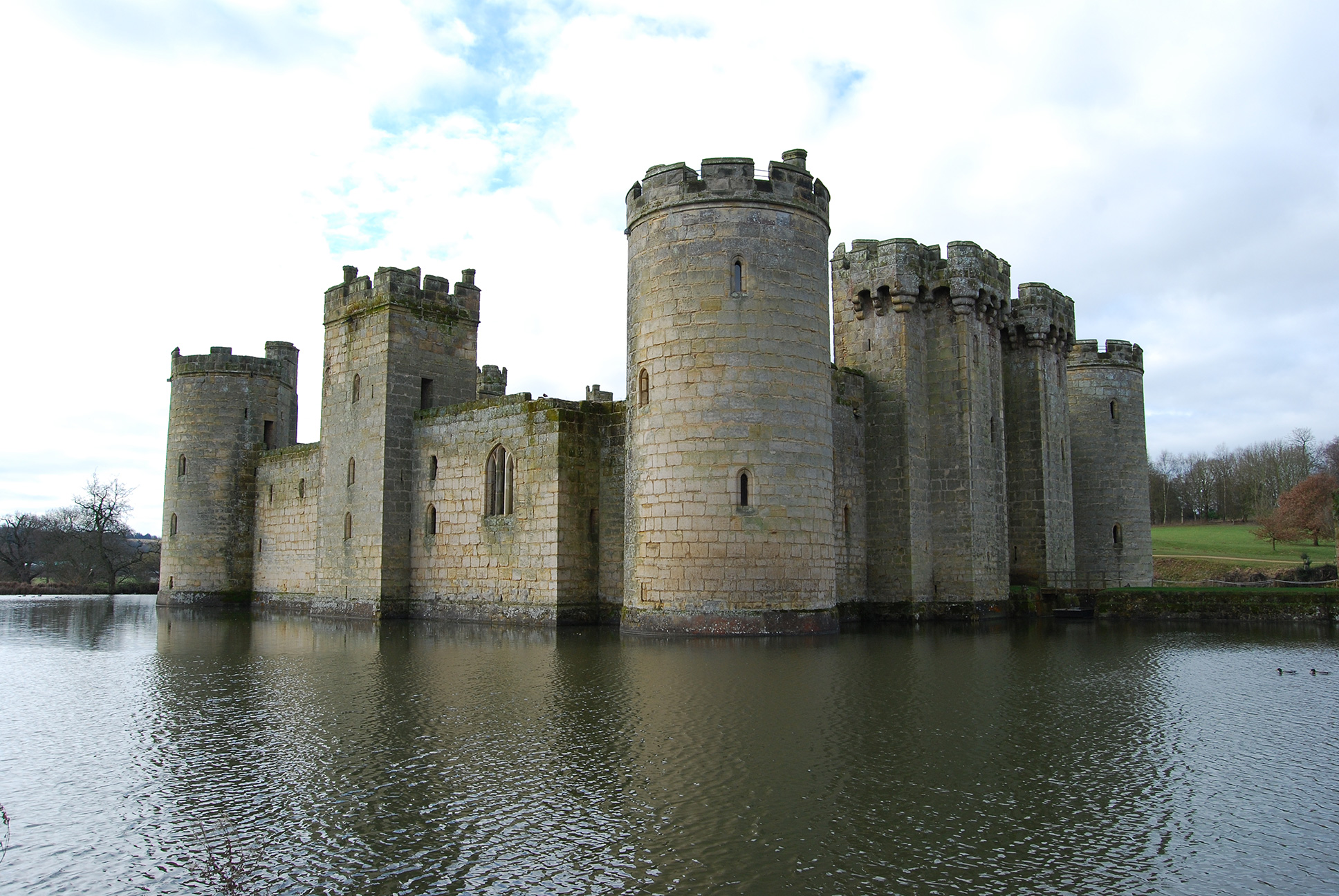 Some people passing the ruins at dead of night have reported the distinctive sound of spectral revels emanating from the hollow shell. Others have told of hearing "strange oaths" and "foreign-sounding songs". Finally, there is the mysterious shade of a ghostly red lady sometimes seen gazing from one of the towers, her eyes fixed upon some distant object-although what it is, and who she was, nobody knows.

Another mysterious spirit involves a little boy dressed in clothes straight from a Dickens novel. His ghost was seen in 1994 by the castle custodian. He was seen running towards the castle but vanished midway across the bridge, suggesting he may have fallen into the moat and drowned.