In Northumberland England along the North Sea, high on a massive rock stands Bamburgh Castle. During the 11th century, it was the property of Robert, Earl of Northumberland, who foolishly started a quarrel with King William II. The King besieged the castle by using a siege-castle he called "Malvesin" which means "Evil Neighbor". The Earl was captured as he tried to escape to Tynemouth. Thereafter, the castle became royal property and subsequently underwent numerous additions and upgrades through the crown. The keep was completed by Henry II while other restorations were carried out during the reign of King John and Henry III.

During the Wars of the Roses, the castle was occupied by the Lancastrians. However, they relinquished the castle in 1464 to Richard Neville, Earl of Warwick, who hammered it with artillery until the Lancastrians surrendered. Today, the castle remains intact and resides as one of the finest in England. The Armstrong Family currently resides therein along with the ghost of a lady in pink. 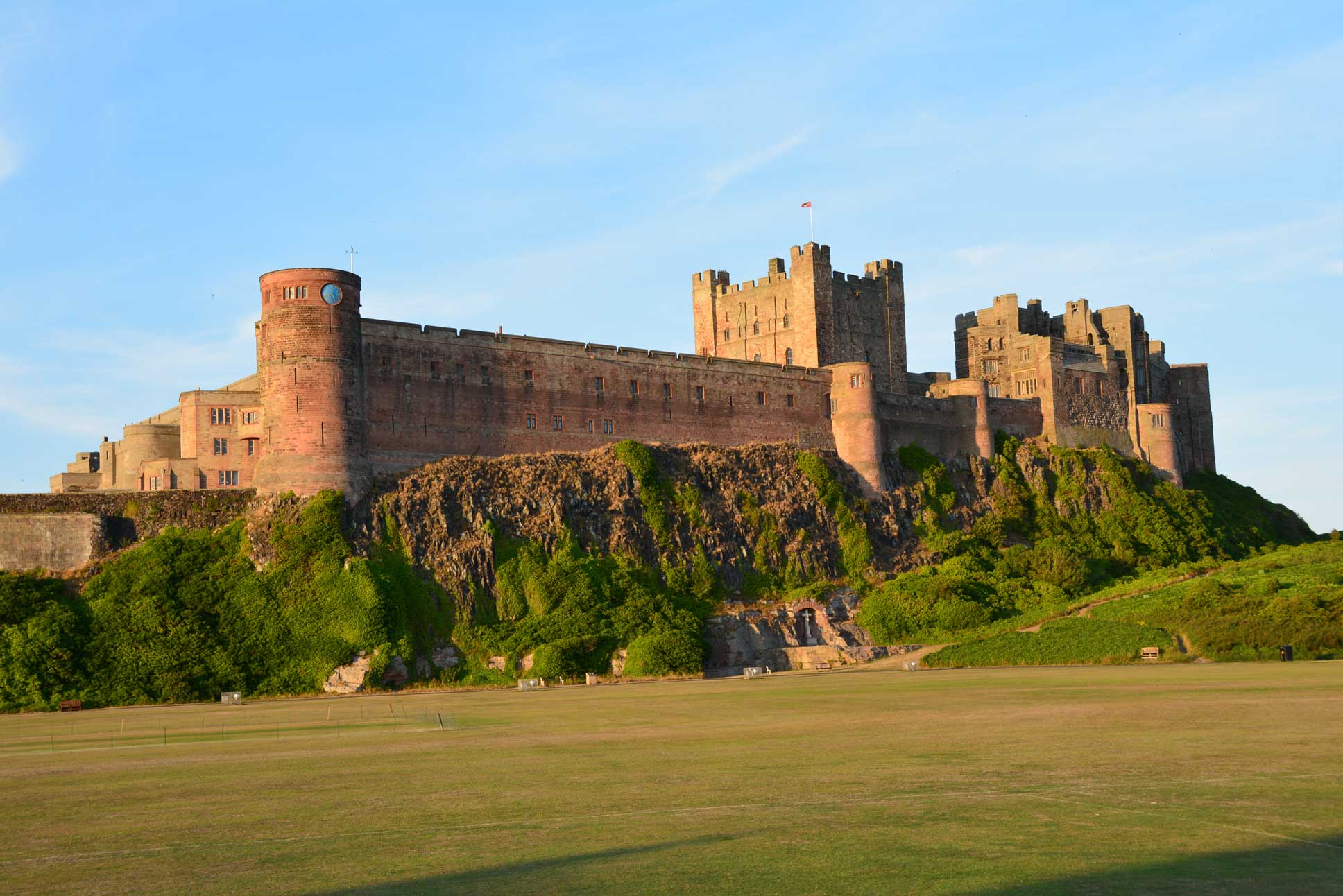 At some stage in Bamburgh's eventful history, the flesh-and-blood incarnation of this forlorn wraith was a Northumbrian princess. Her father disapproved of a boy she was in love with, and sent the unfortunate suitor overseas for seven years. He forbade the couple to exchange messages and hoped that his daughter's passion would cool. But the girl just became more and more depressed. In a last attempt to persuade his daughter to give up her love, the king told her that spies had discovered that the boy had married someone else. To cheer the girl up after this news, the king asked the castle seamstress to make a fine dress in his daughter's favorite color, pink. The distraught girl donned the garment, climbed the stairway to the highest battlements and flung herself to her death on the rocks below. Shortly afterward her lover returned from exile, unmarried, and was heartbroken by news of what had happened. Legend does not record what fate befell him.

Every seven years, the princess's mournful revenant, clothed in a dress of shimmering pink, wanders through the corridors of the oldest section of the castle before gliding down the rocky path that leads to the beach. Here she stands upon the pale gold sands, gazing sadly out to sea, forever awaiting the return of her lost love.